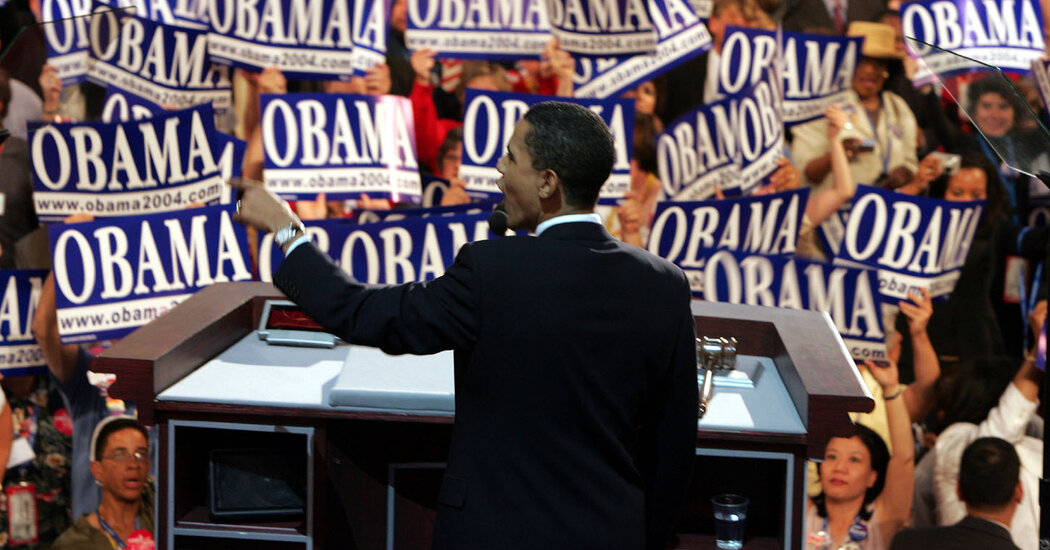 Mario Cuomo shot to Democratic Party stardom with a rousing depiction of a tale of two cities in 1984. Ann Richards brought down the house in 1988 by declaring of George H. W. Bush: “Poor George, he can’t help it. He was born with a silver foot in his mouth.” Barack Obama launched himself toward the White House in 2004 with his stirring account of “the hope of a skinny kid with a funny name who believes that America has a place for him, too.”

But as the virtual Democratic National Convention begins its second evening on Tuesday, there will not be — for the first time in memory — a single keynote speaker handed the opportunity to capture the imagination of delegates and viewers at home. Instead of designating a star for the party’s future, the Democrats have assembled a mash-up of 17 of the “next generation of party leaders” to speak via video montage Tuesday night.

Party leaders said they were trying to accommodate all the demands for time from politicians eager for exposure, at a convention that has been cut to two hours a night because of the coronavirus crisis. It also reflects the difficulty of elevating one person as the face of the party’s future as it undergoes an ideological and generational transition; it’s a choice that could lead to precisely the kind of dissent Democrats have been eager to avoid.

And the party’s nominee, Joseph R. Biden Jr., is hardly one of its most dynamic personalities. Democrats were understandably wary of picking a keynote speaker — such as Representative Alexandria Ocasio-Cortez of New York — who might have overshadowed the candidate and become the star of the convention.

But in dividing the keynote 17 ways, Democrats are sacrificing an opportunity to present a new face to a huge audience. Keynote speeches can be bombs or they can be hits . But they are almost always remembered, even when they are perhaps underwhelming, as was the case with Julián Castro in 2012 and Elizabeth Warren in 2016.

“I remember standing on the floor of the convention as Obama spoke, watching this kinetic crowd reaction around me,” said David Axelrod, Mr. Obama’s senior political strategist. Mr. Axelrod said he turned to another Obama adviser and said, “This guy’s life just changed forever.”

“That isn’t going to happen at this convention,” Mr. Axelrod said. “The format really doesn’t allow for it.”

While Mr. Cuomo, Ms. Richards and Mr. Obama delivered keynote addresses that were suited to their personalities, Tuesday’s montage is shaping up as a political hodgepodge, a glimpse — a very brief glimpse — of the party’s kaleidoscope of ideologies, generations, geographic loyalties and ethnicities.

“This year all of us are onstage,” 16 of the participants say in a Hollywood Squares-like grid, part of a preview of the keynote segment released by the Democratic National Committee on Tuesday.

The roster of speakers reflects not just the states where Mr. Biden and President Trump are battling for Electoral College votes in 2020, but also a broad swath of the South where Democrats hope demographic shifts will give them opportunities to win longstanding Republican states in future election cycles.

“We wanted to do it differently this year, given the deep bench Democrats have across the country from the ground up,” said Stephanie Cutter, the veteran Democratic operative in charge of the convention program. “We’re highlighting 17 of our party’s young, up-and-coming leaders, representing a diverse group of ideas and perspectives from across the country, but all united in the fact that we need Joe Biden’s leadership in the White House. These are the people who will have his back, and work with him to drive change.”

Eleven of the 17 speakers are people of color. None of them endorsed Senator Bernie Sanders in the 2020 Democratic presidential primary.

The list includes Stacey Abrams of Georgia, who considered a 2020 presidential run herself after falling short in a bid to win her state’s governorship in 2018; three members of Congress; eight state legislators; two mayors; the president of the Navajo Nation; and Florida’s agriculture commissioner — the only Democrat elected to statewide office in the critical battleground state.

In the past, being the keynote speaker at a political convention meant hours of work with speechwriters and practice sessions before an audience of aides. But in this 2020 D.I.Y. convention, the speakers recorded themselves using a suitcase full of equipment sent by convention officials — an iPad to use as a Teleprompter, an iPhone to record video, a tripod, lights and a power strip to plug everything in.

Rather than standing before an adoring crowd wondering whether they are getting a glimpse of a possible future president, each participant chose their own socially distant location to deliver their part of the speech.

Ms. Abrams shot hers from her living room, which has become familiar to viewers of her appearances on cable news and at Democratic Party events. Mayor Randall Woodfin of Birmingham, Ala., stood in front of a Black-owned business in town. Representative Conor Lamb of Pennsylvania stood on the banks of the Allegheny River with Pittsburgh’s iconic yellow bridges and baseball stadium behind him.

And Robert Garcia chose downtown Long Beach to celebrate the California city where he has been mayor since 2014.

“Now we’re all producers and videographers,” said Raumesh Akbari, a Tennessee state senator from Memphis. “My sister held one of the cameras and my mom helped do makeup. It was a neat little family experience.”

Many of this year’s keynote speakers said they were able to craft some of their own language after receiving instructions from the Biden campaign about what topics and themes they should address. None has seen a version of the finished product, which officials on Monday said was still being edited. It is expected to run between 10 and 15 minutes total, meaning the speakers will average less than a minute of screen time.

Representative Colin Allred of Texas, who was one of 30 Democrats to oust incumbent House Republicans in the 2018 midterm elections, said he was given a script to read by the Biden campaign and was also asked to write a section of the speech about his district in the Dallas suburbs. He recorded his segment from his living room in between his 18-month-old son’s naps.

“He definitely woke up a few times and made some noises,” Mr. Allred said. “I hope they are able to leave some of that in to show people what life is really like.”

Mr. Garcia’s presence at the convention stands personal testimony to the ravages of the pandemic that is rolling across the nation. His mother, 61, died of complications from Covid-19 on July 26. Two weeks later, his stepfather died of the virus at age 58.

Mr. Garcia said Monday that in addition to preparing for his big moment before the convention, he had been planning a memorial service for this weekend for his stepfather, who was married to his mother for 27 years.

Like the other keynoters, he is respectful of the history of his assignment. And none of them are complaining about sharing the spotlight with the other speakers.

“It’s obviously a very unique and different kind of keynote this year,” Mr. Garcia said. “I was there when Hillary Clinton was nominated and it was electric and exciting. But I think this is going to reach people in different ways. I think it’s going to change the way conventions are forever.” 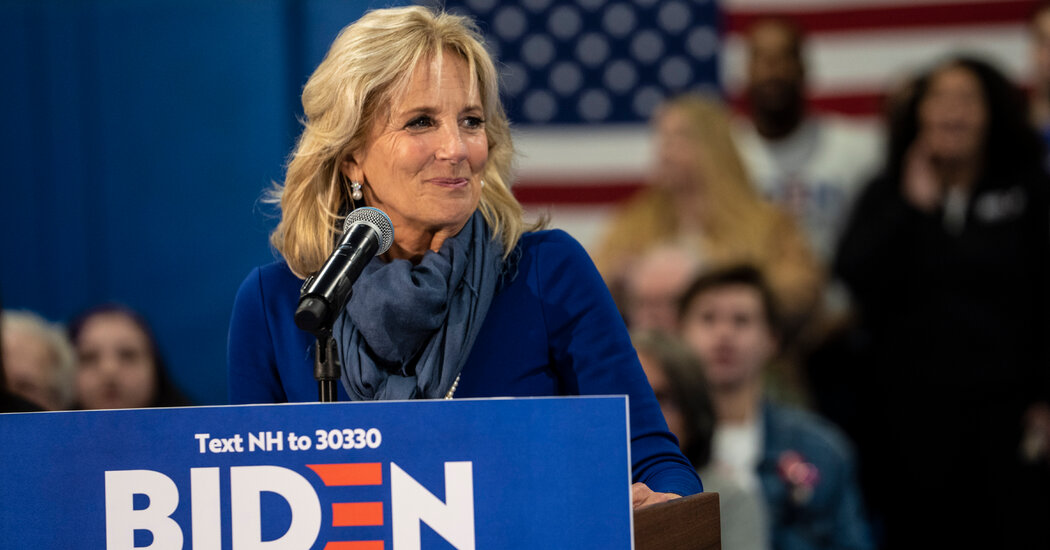 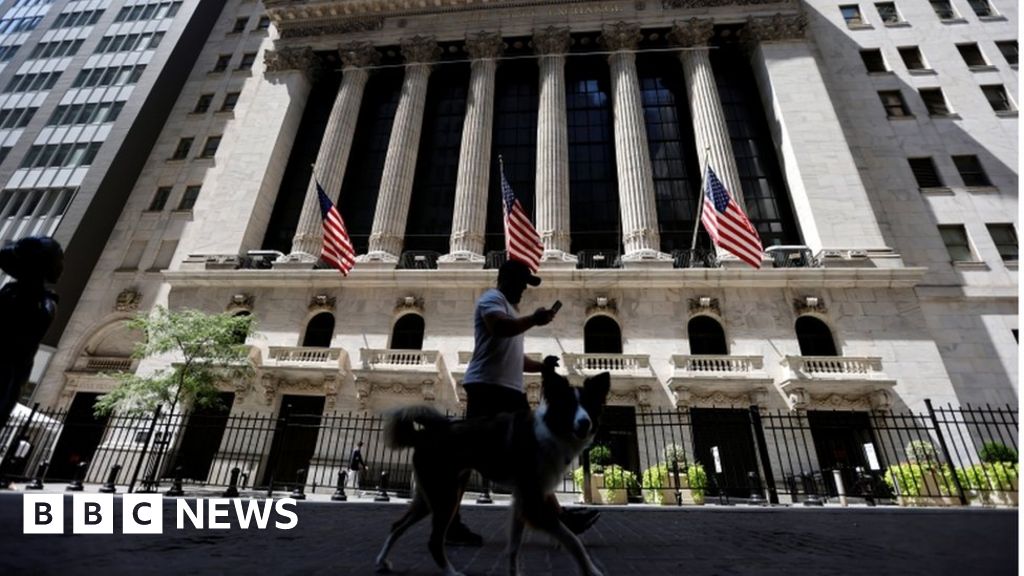 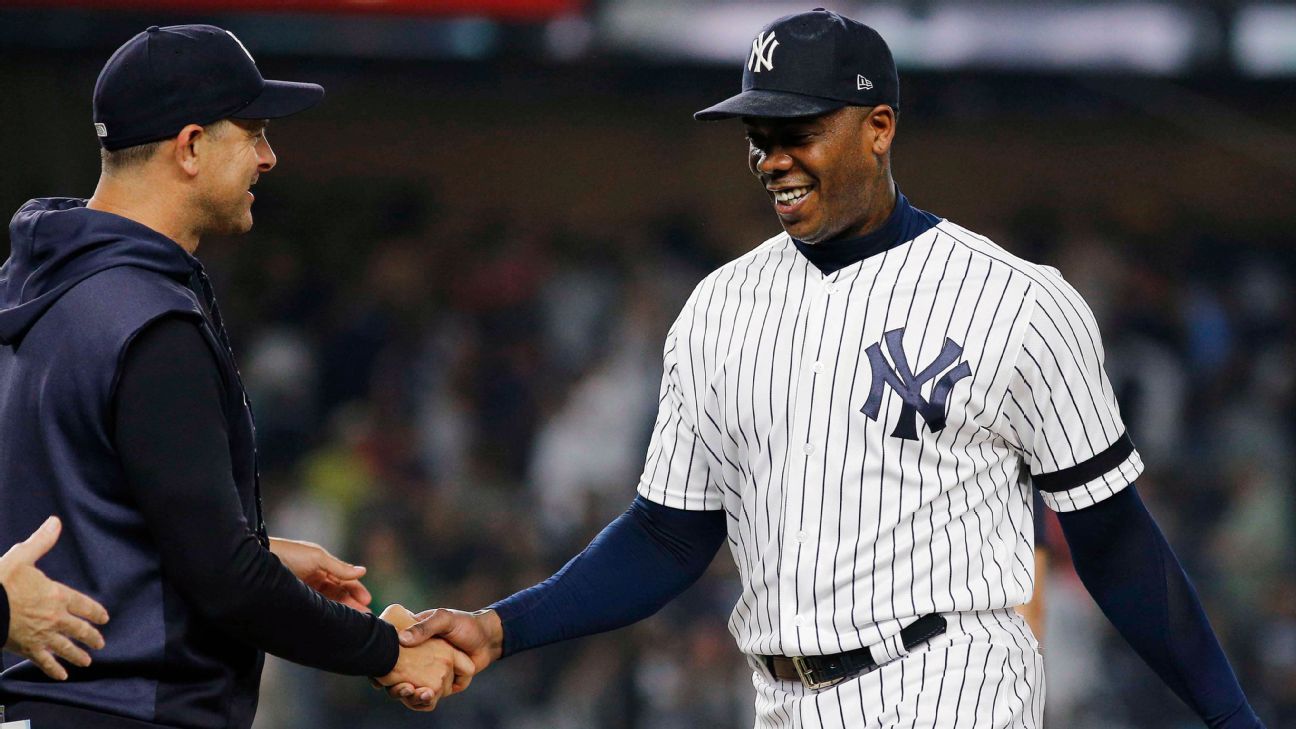