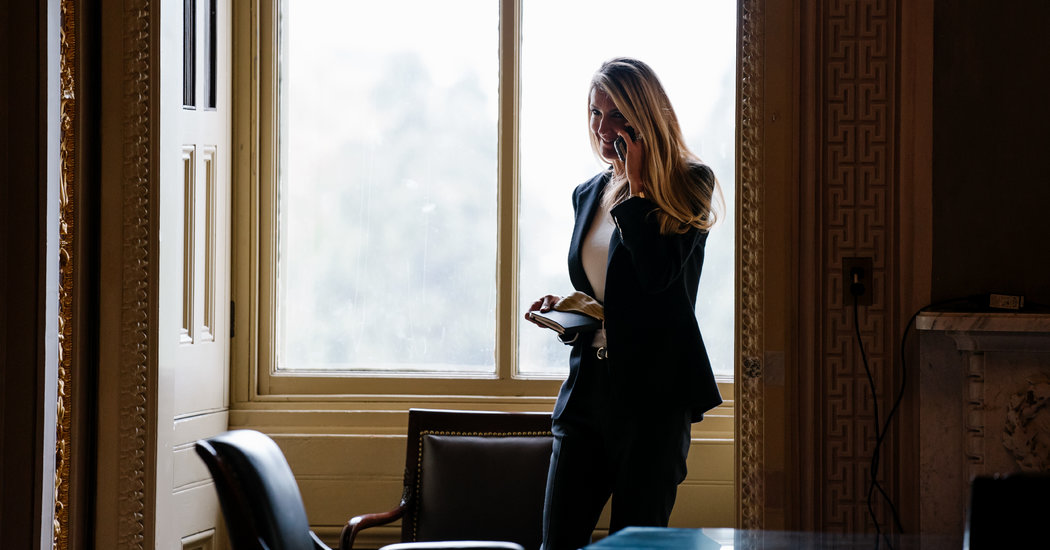 President Trump’s advisers are increasingly concerned about Senator Kelly Loeffler’s campaign in Georgia, a newly competitive state where the president’s own poll numbers have tightened against former Vice President Joseph R. Biden Jr., according to people briefed on the discussions.

Ms. Loeffler, a financial services executive with no previous government experience, was appointed to the position in December 2019 after the long-serving Republican, Johnny Isakson, announced he would retire for health reasons. She is running in a special election for the seat this fall, facing nearly two dozen candidates in the jumbled race, including two well-financed Democrats.

One opponent in particular — Representative Doug Collins, a Republican ally of Mr. Trump — has gained strength in the field.

His rise has come as Ms. Loeffler faces questions about stock trades she made soon after being briefed about the threat of the coronavirus — she has denied any wrongdoing — and as Mr. Trump, in two recent Republican polls, has found himself in a statistical dead heat with Mr. Biden in a state the president won in 2016.

Because the field is so crowded, Georgia officials expect no candidate to get a majority, forcing a runoff. And the president’s team is planning to stay out of the race until the runoff approaches, which wouldn’t be until January 2021, according to the people briefed on the discussions. That decision puts the White House at odds with the Republican Senate Campaign arm, which has actively supported Ms. Loeffler and attacked Mr. Collins, and with the Senate majority leader, Mitch McConnell, whose general preference is that the party back its incumbents.

Ms. Loeffler’s seat is one of a handful that Republicans have grown increasingly worried about. The others include Senator Cory Gardner of Colorado and Senator Martha McSally of Arizona.

Ms. McSally’s seat in particular troubles Mr. Trump’s advisers. The president has repeatedly asked if her candidacy is adversely affecting his own prospects in a state that has become more competitive, people familiar with the discussions have said.

In Georgia, Mr. Trump personally pushed the state’s governor, Brian Kemp, last fall to select Mr. Collins to fill the vacant Senate seat Ms. Loeffler now occupies. But the governor wanted to appoint someone who he felt could expand the party’s appeal in the suburbs of Atlanta, where Republicans have been shedding support in recent years. Ms. Loeffler’s vast wealth was an added appeal; she has pledged to pump $20 million or more of her own fortune into the race.

Mr. Trump has remained angry with Mr. Kemp for the selection, and it has colored their interactions ever since — a dynamic evident when the president chided Mr. Kemp for reopening the state too quickly after encouraging all governors to do just that.

Ms. Loeffler, who counts Vice President Mike Pence’s former chief of staff, Nick Ayers, among her supporters, was among those asked to join Mr. Pence and Georgia’s senior senator, David Perdue, on the vice president’s plane for a visit to the state on Friday. It was one of a handful of trips that Mr. Pence has made as the White House pushes for states to relax social distancing measures put in place to control the spread of the virus.

Ms. Loeffler was invited to join the vice president on the trip by the White House chief of staff, Mark Meadows, according to people close to Mr. Meadows. Some of Mr. Meadows’s former staff members now work for the senator.

In response, Mr. Pence’s aides asked Mr. Collins, one of Ms. Loeffler’s rivals, to join the greeting party when the plane landed, to avoid looking as if they were taking sides in the primary race, according to officials briefed on the trip. They also gave Mr. Collins a ride back to the airport in Mr. Pence’s car as the trip wrapped up.

Questions about Ms. Loeffler’s stock trades, which she has answered repeatedly, dogged her during the day. Speaking outside a Waffle House, Ms. Loeffler, wearing a face mask, defended herself once again.

“I’m in statistical tie for first,” she said. “Georgians see what I’m doing, this is a political attack based on no facts. We are running a very strong campaign. I have grass-roots operations in all 159 counties. I’m very proud of my track record in the Senate.”

Much of Ms. Loeffler’s brief tenure in Washington has been marked by questions about the millions of dollars in stock sales she made shortly after she attended a briefing for senators with top government health officials in late January.

The Securities and Exchange Commission and the Justice Department have been investigating those sales, reported by Ms. Loeffler and her husband, the financier Jeffrey Sprecher, in the weeks before the coronavirus pandemic rattled financial markets, along with similar transactions made by other senators.

Ms. Loeffler has said that investment decisions for her vast wealth are made by outside advisers without her knowledge, and she maintains she did not take any action based on the January briefing. But for weeks, she has struggled to shift attention off her finances.

Because Ms. Loeffler had little public profile before her appointment to the Senate, for many voters the questions about possible insider trading have been their introduction to her.

Some Republicans believe that the easiest way for Ms. Loeffler to turn around her campaign would be for Mr. Trump to support her.

“Most of this could be absolved or at least elided if President Trump was on board,” said Liam Donovan, a Republican strategist.

But Mr. Donovan acknowledged that Ms. Loeffler was in something of a vise.

“The entire logic of picking Kelly was predicated on ‘we’re losing the suburbs, so you pick a Buckhead mom to win back Buckhead moms,’” he said, alluding to the tony Atlanta enclave. “But that’s only tenable if you don’t have to squander your potential outflanking Doug Collins for Fox News dads.”

Ms. Loeffler’s supporters in Washington want Mr. Trump to understand what he would be risking by abandoning the wealthy Ms. Loeffler: her husband, one top Senate Republican official noted on Friday, just donated $1 million to Mr. Trump’s “super PAC” last month, and the couple have directed tens of thousands of dollars more to key Senate races.

Ms. Loeffler’s supporters are frustrated because they believe the president’s impatience with her mostly stems from his frustration with Mr. Kemp, who did not coordinate with the White House or Mr. McConnell in the process of filling the empty seat.

Further, they believe her political difficulties stem from being lumped in with Senator Richard Burr of North Carolina, who also is under scrutiny for his investments and whose phone has been seized by federal agents. Unlike Ms. Loeffler, though, Mr. Burr has not denied he sold off his stocks himself and out of concern about the impact of Covid-19.

The anxieties over the Georgia race come as multiple surveys indicate that the presidential campaign will also be competitive there. Mr. Trump carried Georgia by only five percentage points in 2016, and the state was not hotly contested.

G.O.P. officials who have talked to Mr. Trump’s political advisers say that the White House is growing concerned about the state, and that they have been watching voter registration numbers there with trepidation.

The president’s challenge in Georgia reflects his broader weakness among suburban voters. Even as he won the state four years ago, he lost Cobb County, outside of Atlanta, which for decades had been a reliably Republican bulwark.

This is what mystifies some of Ms. Loeffler’s supporters: Mr. Kemp’s private rationale for appointing Ms. Loeffler in the first place was that he hoped that she could slow the acceleration of suburban women away from the Republican Party. 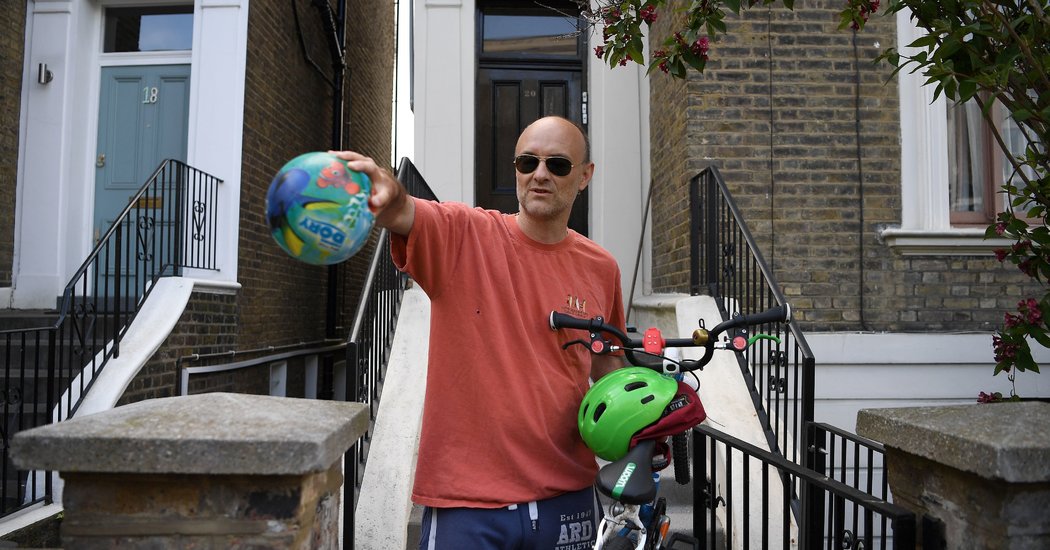 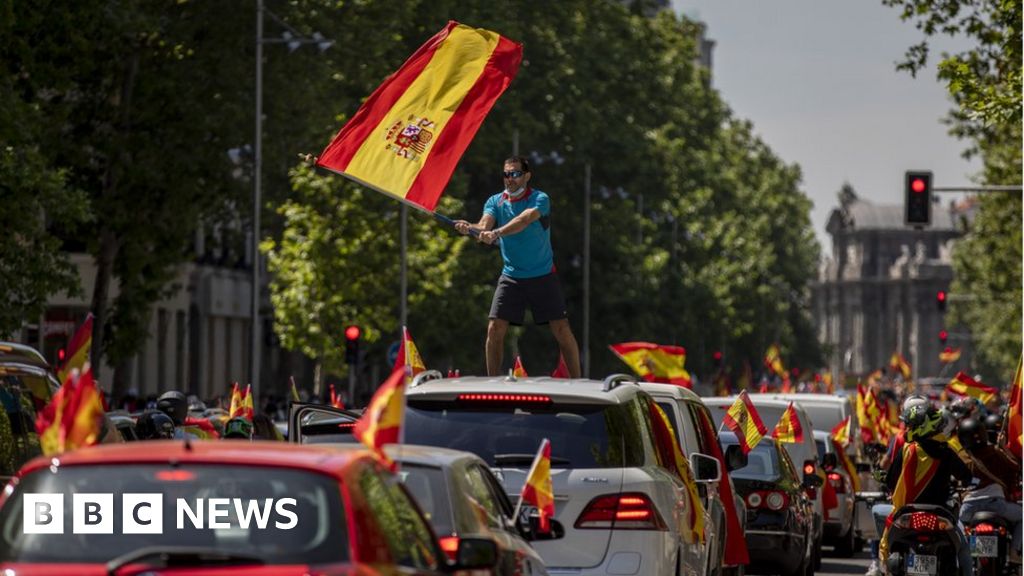 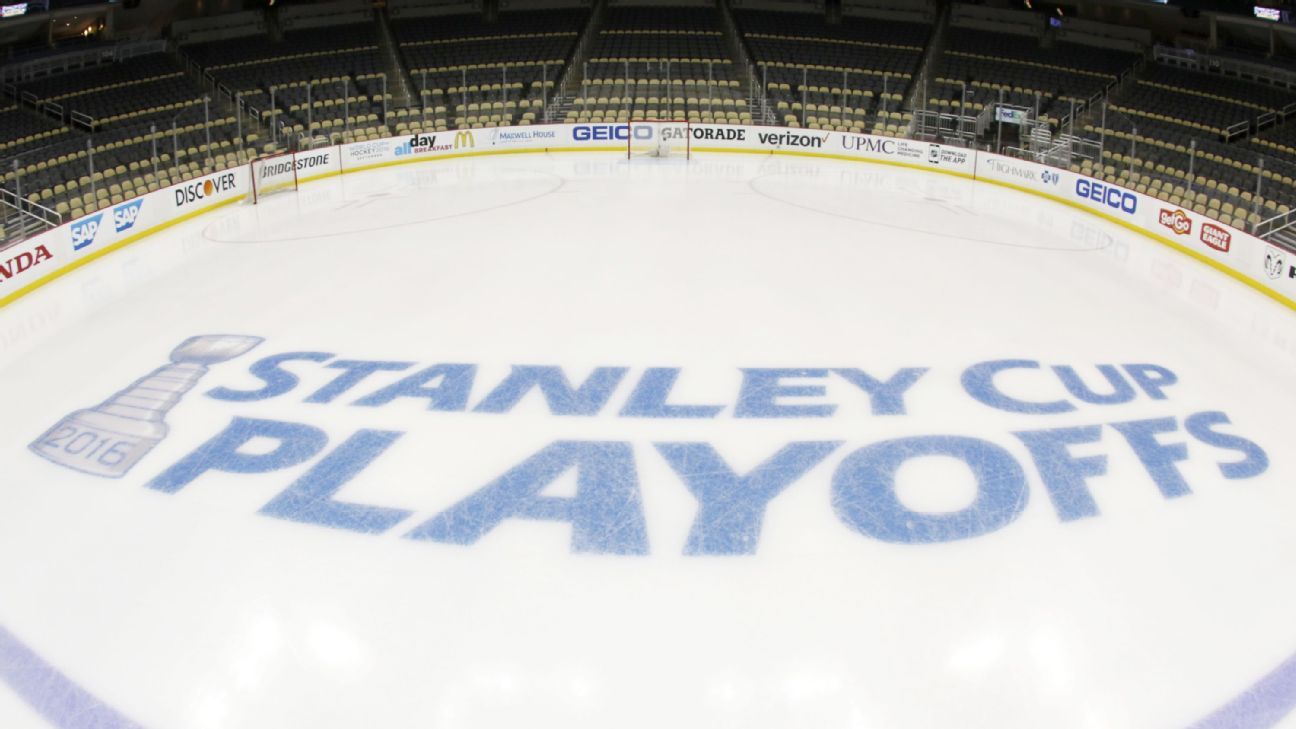