UFC schedules three fight cards, led by UFC 249, on May 9 in Florida with no fans

UFC schedules three fight cards, led by UFC 249, on May 9 in Florida with no fans 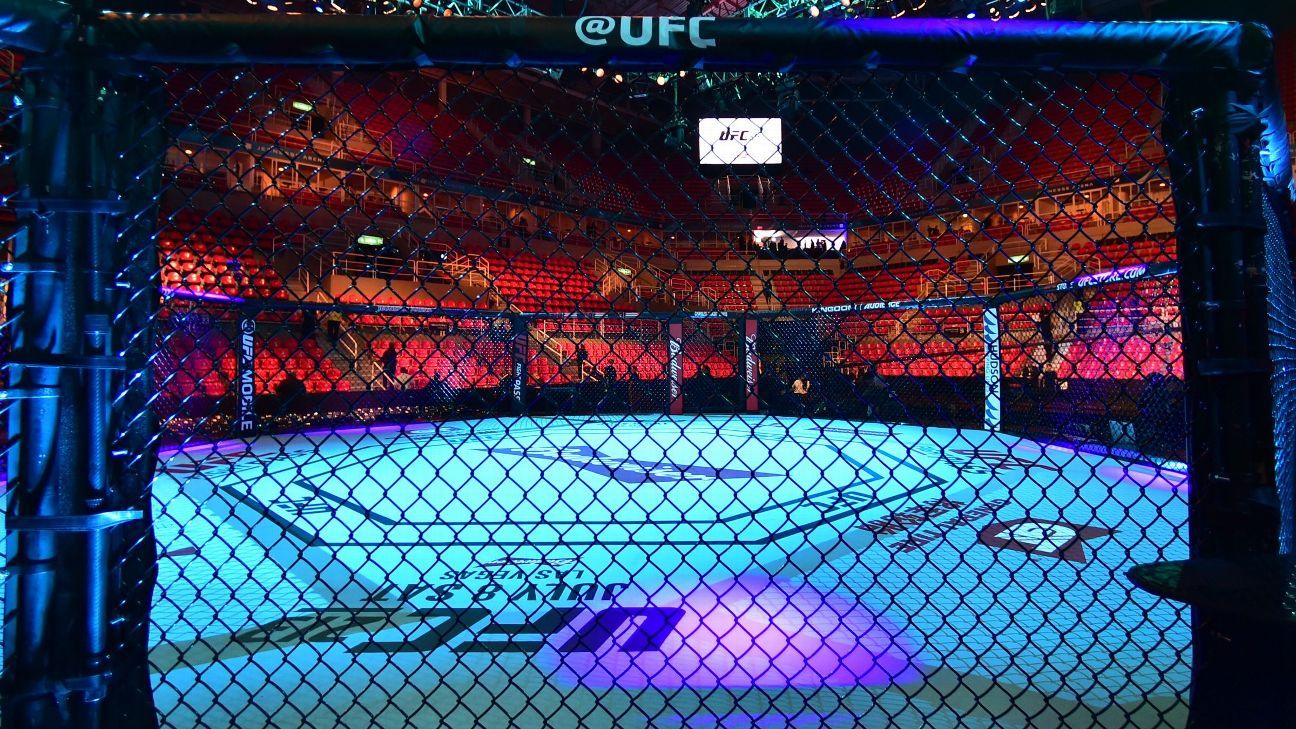 The UFC is moving forward with plans to hold three events in Florida within an eight-day period, beginning with UFC 249 on May 9, UFC president Dana White told ESPN on Friday.

White said the UFC also has booked cards for May 13 and May 16. All three cards will take place at the VyStar Veterans Memorial Arena in Jacksonville without a live audience.

Official bouts for the cards on May 13 and 16 are being worked on and will be announced shortly, White said.

“They want to fight. People are hitting us up and want to fight,” White told ESPN on Instagram Live. “We’re putting together three cards in a week. People who want to fight are going to get fights.”

An interim lightweight championship fight between Tony Ferguson (25-3) and Justin Gaethje (21-2) will headline the UFC 249 event on May 9. White revealed that 10 additional bouts on the card have been agreed to and signed, including a bantamweight title fight between champion Henry Cejudo (15-2) and Dominick Cruz (22-2).

“Ferguson vs. Gaethje will be one of the most violent fights you’ll ever see, I can guarantee that,” White told ESPN. “They’re two of the best in the world, and the winner will fight Khabib [Nurmagomedov] for the title. Khabib will be back in September-October.”

The preliminary bouts, headlined by a welterweight fight between Donald “Cowboy” Cerrone and Anthony “Showtime” Pettis, will be simulcast on ESPN, ESPN Deportes and ESPN+ beginning at 6:30 p.m. ET, with the pay-per-view main card on ESPN+ at 10 p.m. ET.

“Sports play an important role in people’s lives and can bring moments of escape in challenging times,” ESPN said in a statement. “We look forward to bringing UFC to fans again.”

White also said there would be a card on May 23, but he did not say where that would take place. He also said international fights would take place at “Fight Island” — a still-to-be-announced location and also without fans — starting in June.

The state of Florida has deemed “professional sports and media production with a national audience” essential services during the coronavirus pandemic.

“As we move step-by-step on the path toward economic recovery, we are proud to host these UFC events,” Jacksonville Mayor Lenny Curry said in a statement. “The UFC organization is a renowned entertainment brand that’s presented a safe and sensible plan to use this Jacksonville location, and we are thrilled to have our city highlighted nationally on ESPN and ESPN+.”

The Florida State Boxing Commission said in a statement that health and safety protocols will be in place “to ensure the safety and well-being of all individuals who are helping to make these events possible.”

UFC 249 will mark the second UFC event this year that has been closed to the public. The other was a UFC Fight Night event on March 14 in Brasilia, Brazil.

UFC 249 was originally scheduled to take place on April 18 in Brooklyn and feature Nurmagomedov, the undisputed lightweight champion, against Ferguson. It was one of six events the promotion has been forced to postpone because of the coronavirus pandemic.

Nurmagomedov is currently in his native country of Dagestan and was dropped from the card because of travel restrictions associated with the pandemic. He is now expected to face the winner of the May 9 bout.

The UFC initially tried to relocate UFC 249 on April 18 to Native American land in California, but it ultimately postponed the event when White said executives from broadcast partner ESPN asked him to “stand down.”