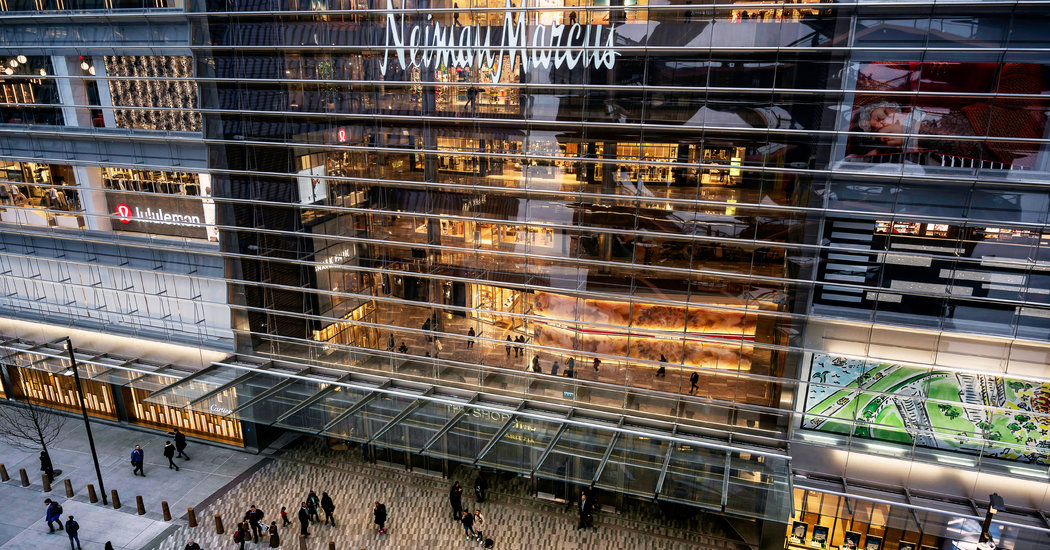 American department stores, once all-powerful shopping meccas that anchored malls and Main Streets across the country, have been dealt blow after blow in the past decade. J.C. Penney and Sears were upended by hedge funds. Macy’s has been closing stores and cutting corporate staff. Barneys New York filed for bankruptcy last year.

But nothing compares to the shock the weakened industry has taken from the coronavirus pandemic. The sales of clothing and accessories fell by more than half in March, a trend that is expected to only get worse in April. The entire executive team at Lord & Taylor was let go this month. Nordstrom has canceled orders and put off paying its vendors. The Neiman Marcus Group, the most glittering of the American department store chains, is expected to declare bankruptcy in the coming days, the first major retailer felled during the current crisis.

It is not likely to be the last.

“The department stores, which have been failing slowly for a very long time, really don’t get over this,” said Mark A. Cohen, the director of retail studies at Columbia University’s Business School. “The genre is toast and looking at the other side of this, there are very few who are likely to survive.”

At a time when retailers should be putting in orders for the all-important holiday shopping season, stores are furloughing tens of thousands of corporate and store employees, hoarding cash and desperately planning how to survive this crisis. The specter of mass default is being discussed not just behind closed doors but in analysts’ future models. Whether that happens, no one doubts that the upheaval caused by the pandemic will permanently alter both the retail landscape and the relationships of brands with the stores that sell them.

At the very least, there is expected to be an enormous reduction in the amount of stores in each chain, which once sprawled across the American continent like a pack of many-headed hydras.

Department store chains account for about 30 percent of the total mall square footage in the United States, with 10 percent of that coming from Sears and J.C. Penney, according to a January report from Green Street Advisors, a real estate research firm. Even before the pandemic, the firm expected about half of mall-based department stores to close in the next five years.

Even as they have worked to transform themselves for e-commerce with apps, websites and in-store exchanges, the outbreak has laid bare how dependent the department stores have remained on their physical outposts. Macy’s said on March 30 that after closing its stores for nearly two weeks, it had lost the majority of its sales.

The Commerce Department’s retail sales report for March, released last week, was disastrous. Overall retail sales numbers for this month are expected to be even worse, given that some stores were open for at least part of March.

Retailers have begun taking extreme measures to try to survive. Le Tote, a subscription clothing company that acquired Lord & Taylor last year from Hudson’s Bay, said in a memo on April 2 that the chain’s entire executive team would be let go effective immediately, including the chief executive. It also suspended payments of goods to vendors for at least 90 days, citing “immense pressure on our liquidity position.”

Macy’s, which also owns Bloomingdale’s, extended payment for goods and services to 120 days from 60 days, and has also, according to Reuters, hired bankers from Lazard to explore new financing. Jeff Gennette, the chief executive, is foregoing any compensation for the duration of the crisis. The company was dropped from the S&P 500 last month based on its valuation.

J.C. Penney has hired advisers to explore restructuring options, according to a person familiar with the matter, and confirmed that it skipped an interest payment on its debt last week.

But none of them were in as immediate dire straits as Neiman Marcus, which has both an enormous debt burden — approximately $4.8 billion, thanks in part to a leveraged buyout in 2013 by the owners Ares Management Corp. and Canada Pension Plan Investment Board — and a raft of expensive rents in the most high-profile shopping destinations, signed during boom times.

In late March, Neiman stopped accepting new merchandise and furloughed a large portion of its approximately 14,000 employees as the rumors of bankruptcy began to swirl. Its chief executive, Geoffroy van Raemdonck, announced he was waiving his salary for April. The brand denied to vendors and its own employees at its sister brand Bergdorf Goodman that it was engaging advisers to explore a bankruptcy filing, but on April 14, the S&P downgraded Neiman’s credit rating. Last week, the retailer did not make an interest payment that was due on April 15, angering bondholders and further fueling suspicions that a bankruptcy filing was imminent. A spokesperson for Neiman Marcus declined to comment.

Even Nordstrom, widely considered the healthiest department store, said this month that it could be facing a “distressed” situation if its physical locations closed to customers for “an extended period of time.” Erik and Pete Nordstrom, chief executive and chief brand officer, are both receiving no base salary for at least six months. The chain has stunned some vendors with last-minute cancellations via email in recent days.

Across chains, prices for new merchandise sold via e-commerce have already been slashed by 40 percent in some cases. Order cancellations for the pre-fall season — which would normally have started delivering next month — have been increasing. Some brands said shipments have even been turned away upon delivery to warehouses, and extension of payment terms are cascading through vendors, who are then forced to negotiate with their own manufacturers, marketing agencies, fulfillment centers and landlords.

“I’ve had a showroom for over 30 years, and we have always used the word ‘partnership,’ when talking about our relationship with the department stores,” said Betsee Isenberg, of the showroom 10Eleven, which represents numerous brands such as Vince and ATM. “Through 9/11, through 2008, we worked hand-in-hand with our retailers. This is the first time the onus has been on the brands — many of which are losing millions and millions of dollars because of the canceled orders. It is just not fair that it is survival of the fittest.” In a new report, McKinsey refers to the situation as “wholesale Darwinism.”

The resort season has been canceled entirely, and fall orders have been put on hold, raising questions about what inventory will be left if and when shops reopen and consumers return to stores.

“Nobody knows what Q4 will be like, but you have to start putting the orders in now,” Sucharita Kodali, a retail analyst at Forrester, said, speaking of the holiday season, normally the most lucrative time of the year for the chains. “Some people don’t even have the money to put in Q4 orders, and may have to cancel Q4 orders anyway, and it’s a mess. There’s never been this much uncertainty.”

Robert Burke, the eponymous founder of a luxury consultancy, said he expected brands to move further away from a wholesale business, focusing on direct-to-consumer and a model with department stores where they control their own space and inventory.

Shares of J.C. Penney, which has temporarily shut its more than 800 stores, closed at 23 cents on the dollar last Wednesday after the retailer said that it did not make a $12 million interest payment due that day. Brooke Buchanan, a representative, said it was a “strategic decision” in order to take advantage of a 30-day grace period before it was considered in default.

Ms. Buchanan said that J.C. Penney has“been engaged in discussions with its lenders since mid-2019 to evaluate options to strengthen its balance sheet, a process that has become even more important as our stores have also closed due to the pandemic.”

Cash flow for all department stores has dropped dramatically. In a note on April 13, analysts at Cowen estimated four months of liquidity at Macy’s, six months at Kohl’s and seven months for J.C. Penney. Nordstrom, they predicted, could withstand store closings for 12 months.

“The nature of the mall is if you lose a big anchor like a Macy’s, you have co-tenancy issues and you have more pressure on the mall traffic, which was already a big issue,” said Oliver Chen, an analyst at Cowen. Co-tenancy clauses typically allow other tenants to demand rent reductions if certain key chains depart. Mr. Chen said that could further accelerate the ongoing divide between top-tier malls and the second- or third-choice malls in certain areas.

According to a report this month from S&P Global Market Intelligence, department stores were more likely than any other consumer industry to default on their debt in the next year. They estimated the probability at 42 percent.

In its April 2 memo, the management of Le Tote and Lord & Taylor said that only “key employees” were being retained to preserve the business. A representative for Lord & Taylor and Le Tote declined to comment or disclose the number of employees who were furloughed and laid off.

“It appears to be a virtual certainty that Lord & Taylor will liquidate its business in the near future, either in or out of bankruptcy,” said James Van Horn, a partner at Barnes & Thornburg and a specialist in retail bankruptcy. “They were already one of the most challenged department stores prior to the coronavirus pandemic, and when the majority of the management team is leaving, the vast majority of employees are laid off and a minority of employees furloughed, there does not seem to be any other strategy but to liquidate the inventory.”

Contact Sapna Maheshwari at sapna@nytimes.com or Vanessa Friedman at vanessa.friedman@nytimes.com. 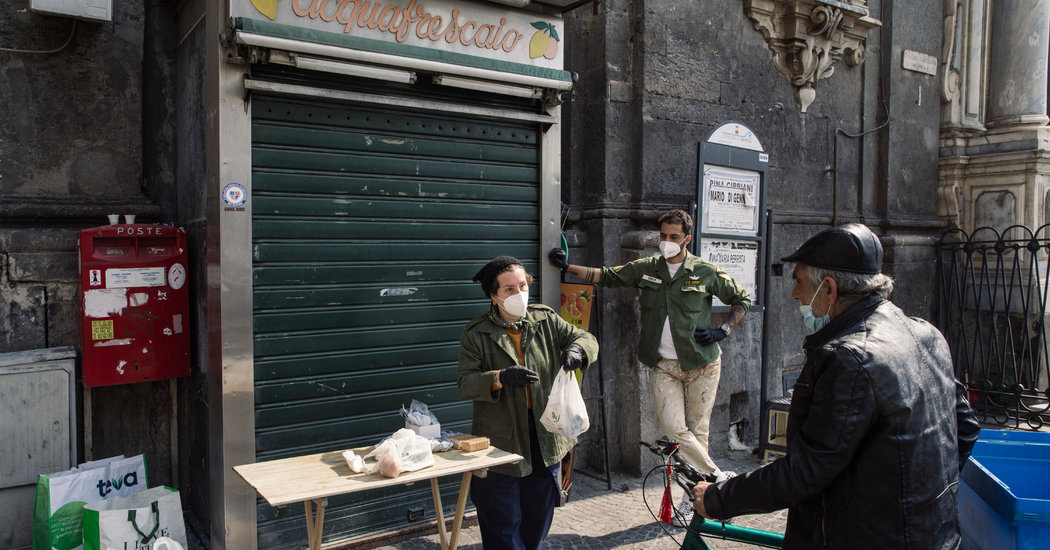 For Southern Italy, the Coronavirus Becomes a War on 2 Fronts 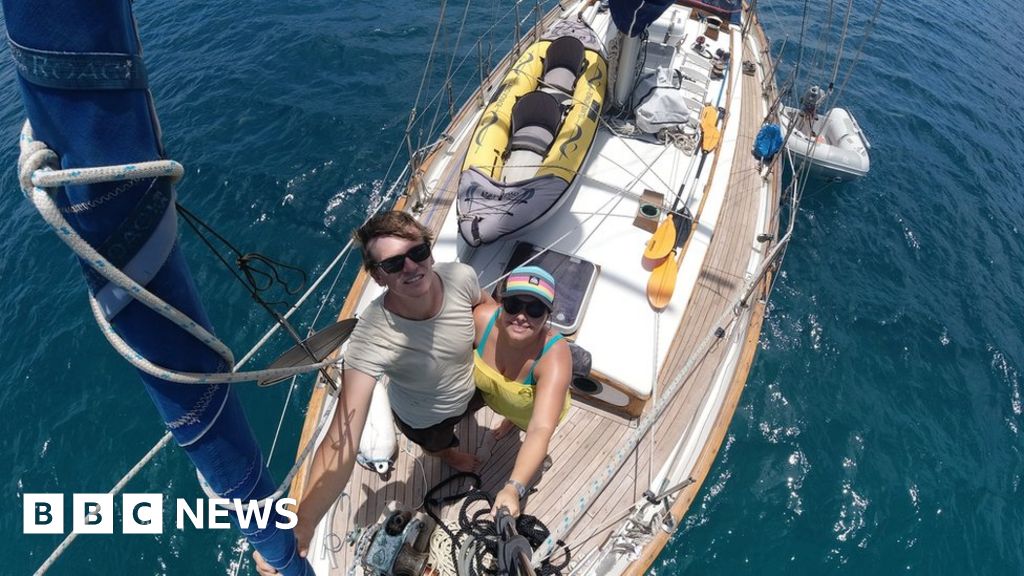 ‘Nobody told us about the coronavirus pandemic’ 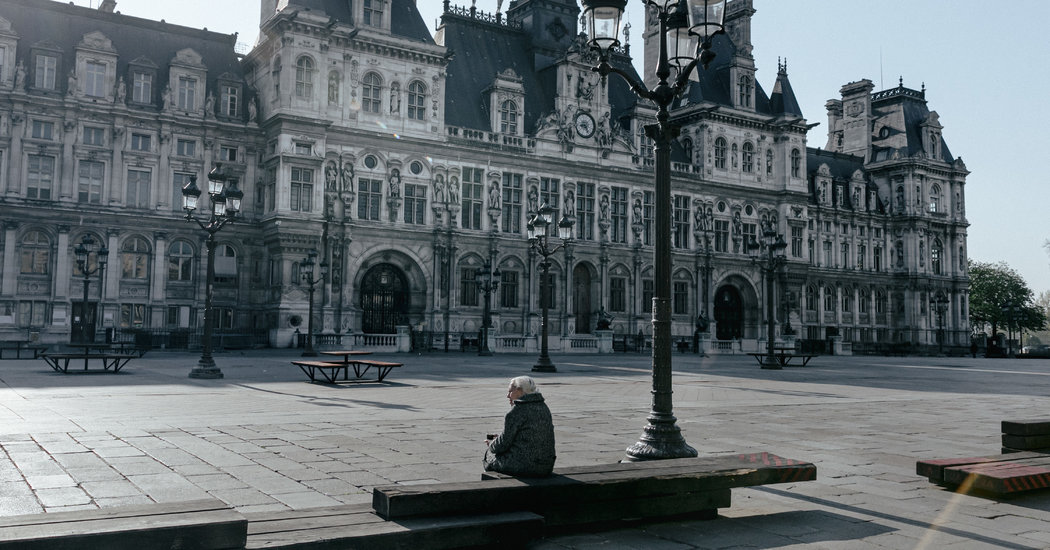 For Southern Italy, the Coronavirus Becomes a War on 2 Fronts

‘Nobody told us about the coronavirus pandemic’

Apr 21, 2020 News Editor
We use cookies to ensure that we give you the best experience on our website. If you continue to use this site we will assume that you are happy with it.Ok