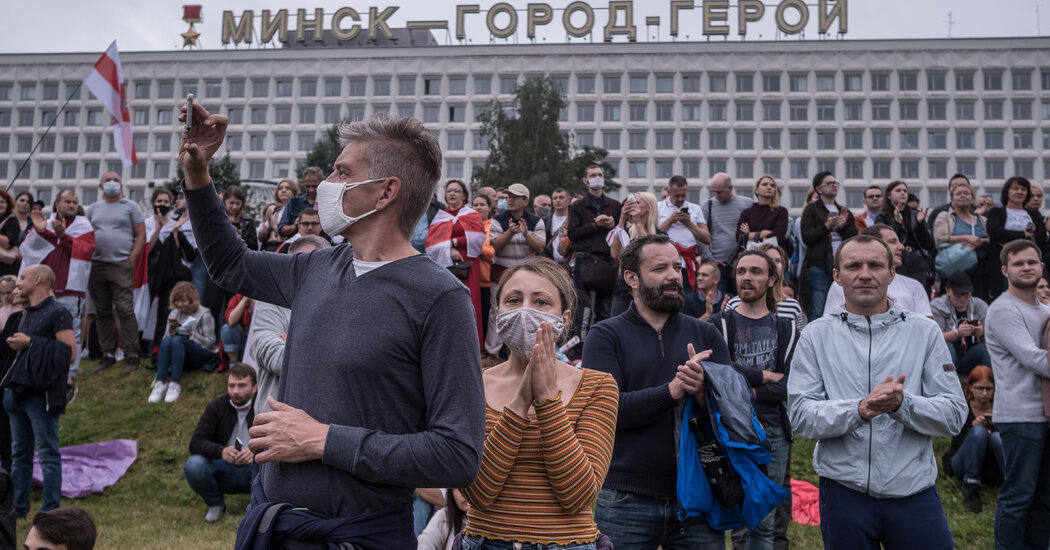 MOSCOW — President Vladimir V. Putin of Russia gave an ominous warning on Thursday to protesters in Belarus not to push too hard to topple their country’s embattled president, saying that Russia had formed a special reserve force of security officers to restore order in the event of chaos in its western neighbor.

Mr. Putin, speaking in an interview with Russian state television, said he had ordered the creation of a “certain reserve of law enforcement officers” at the request of Belarus’s authoritarian leader, Aleksandr G. Lukashenko. He said the force had not been deployed as yet, because “we also agreed that it will not be used unless the situation gets out of control.”

Mr. Putin’s remarks laid out for the first time the Kremlin’s view of more than two weeks of protests in Belarus, which he described as “a very close, perhaps the closest country to us.” While saying that Belarusians themselves must decide their own future after a disputed presidential election on Aug. 9, he said: “We are certainly not indifferent to what is happening there.”

But he is wary of getting sucked into Mr. Lukashenko’s fight for survival. That would invite worldwide condemnation, possibly new sanctions from Western nations and, most important, risk turning the generally pro-Russian population of Belarus into another hotbed of seething anti-Russian sentiment like Ukraine.

Belarus occupies strategically important territory between Russia and the West, and while Mr. Lukashenko’s opponents insist they have no intention of aligning Belarus with NATO or the European Union at the expense of Russia, the spectacle of mass protests against a rigged election has set nerves on edge in the Kremlin for both international and domestic politics.

“For Putin, Belarus is an existential question,” said Andrei Kortunov, the director general of the Russian International Affairs Council, a research organization close to the Russian government.

Belarus is different from former Soviet lands like the Baltic States that never had much in common with Russia and long ago established functioning democracies, Mr. Kortunov said. It is so close and similar to Russia that a successful shift to greater political pluralism in Belarus would “make it very difficult to argue that the current model we have in Russia is the only one that can ever exist.”

Russia’s own elections, including a nationwide vote in July on constitutional amendments that allow Mr. Putin to prolong his rule until 2036, have often resembled the disputed Aug. 9 presidential election in which Mr. Lukashenko claimed a landslide victory. Mr. Putin cracked down hard on protesters in Moscow after Russia’s own fraud-tainted elections in 2011, unleashing a round of repression that largely succeeded in demobilizing his opponents for years.

Some analysts have drawn parallels between Russia’s desire to see an end to the tumult in Belarus and the poisoning last week of Mr. Navalny, the anticorruption campaigner who helped mobilize protests in the winter of 2011-12 and became Mr. Putin’s most prominent opponent. At the time of the attack — which the Kremlin denies, despite German doctors’ saying he was poisoned — Mr. Navalny was returning to Moscow from a trip to Siberia to rally support for opposition candidates in upcoming local elections.

Mr. Navalny embarked on that effort after a sudden upsurge in political protest in Russia’s previously somnolent hinterland, most notably in the Far Eastern region of Khabarovsk, where tens of thousands have gathered each weekend for more than a month to protest the arrest of a popular elected governor.

The Khabarovsk protests, though driven largely by local grievances, unnerved the Kremlin by indicating that political discontent, once largely restricted to urban centers like Moscow and St. Petersburg, could easily spread to far-flung areas of the country at a time of deep economic pain because of the coronavirus pandemic. Since the virus hit Russia this spring, Mr. Putin’s approval ratings have slipped to their lowest level since he came to power at the end of 1999.

Mr. Putin stressed on Thursday that Russian security forces would not be sent to Belarus so long as “extremist elements hiding behind political slogans” don’t cross “certain boundaries,” which he defined as setting cars and property on fire or trying to seize administrative buildings.

While trying to keep his options open, however, Mr. Putin, according to Mr. Kortunov, runs the risk of being pulled into Belarus by Mr. Lukashenko, “who will definitely interpret this as an endorsement” and can easily “burn a couple of cars” to try and trigger a Russian intervention.

Any deployment of Russian police forces in Belarus, he warned, will “only create an explosion of an anti-Russian feeling” and alienate a country where the vast majority of people, unlike in Ukraine, speak Russian and harbor no deep-seated hostility toward Moscow.

In the television interview, Mr. Putin himself stressed the close cultural, linguistic and economic relations between Belarus and Russia, which he said bought 90 percent of Belarusian agricultural exports. “We of course have certain obligations toward Belarus,” he added.

He said that Russia had responded to the Belarusian protests with more “restraint and neutrality” than the United States and Europe, which last week set in motion new sanctions against Minsk. But he also sent a clear message that Moscow would under no circumstances allow its neighbor to align more closely with the West and NATO, the American-led military alliance, as happened after a popular revolution in Ukraine in 2014.

His warning that Russia could intervene to restore order, said Nina Khrushcheva, a Russia expert at the New School in New York, signaled less “full-throated support for Lukashenko than a message to the West: If you keep pushing on Belarus, you will have another Ukraine on your hands.”

After protesters supported by the United States and Europe toppled Ukraine’s pro-Russian president, Viktor Yanukovych, in February 2014, Russia seized Crimea and fomented armed rebellion in Ukraine’s Russian-speaking east, events that led to the deepest East-West crisis since the end of the Cold War.

The opposition movement in Belarus has taken pains to show that unlike their counterparts in Ukraine, they bear Russia no ill will. Protest rallies in Minsk, the capital, sometime feature Russian flags along with the red-and-white banner of Mr. Lukashenko’s opponents.

Belarus, which borders NATO-member democracies like Poland and Lithuania, has served as a reliably authoritarian buffer zone on Russia’s western flank throughout Mr. Lukashenko’s 26-year rule, and there has been intense speculation about how Russia would respond to the current unrest.

Mr. Lukashenko, after a telephone conversation with Mr. Putin on Aug. 15, stoked fears among his opponents that Russia might send in troops to restore order, saying that the Russian president had promised “comprehensive assistance” under a collective security treaty between the two countries.

But analysts noted that the treaty provided for assistance in the event of a military attack from outside, and said that Mr. Lukashenko was exaggerating the extent of Mr. Putin’s backing.

Dmitri Trenin, the head of the Moscow Carnegie Institute, wrote this week that Mr. Lukashenko was “on track for an inevitable and dishonorable exit,” meaning that Russia’s “least bad option” now is to arrange for a transfer of power to a new leader acceptable to both Russia and protesters.

Mr. Putin stopped short on Thursday of clearly endorsing Mr. Lukashenko, and even gave a hint of criticism, saying that “if people take to the street, everyone should take this into account, hear them and respond.”

But Mr. Putin made no effort to prod Mr. Lukashenko toward a compromise, saying only that it might be possible, as the Belarusian leader has himself suggested, to revise the Constitution to allow for new elections at some point in the future.

Belta, the official news agency in Belarus, reported on Thursday that Mr. Lukashenko would discuss possible constitutional changes — but only with “labor collectives and student teams,” closing the door on any talks with Svetlana Tikhanovskaya, his main rival in the disputed election, who is now sheltering from arrest in neighboring Lithuania, or a coordinating council set up in Minsk by protest leaders, many of whom have been arrested.

Mr. Putin also had no complaint about the brutal initial response by Mr. Lukashenko’s security apparatus against those protesting what they and the West denounce as a fraudulent re-election landslide.

Asked indirectly about police violence this month against protesters in Belarus, Mr. Putin avoided the issue by pivoting, as he often does, to violence in the United States, referring to the recent shooting in Kenosha, Wis., of a Black man, Jacob Blake, by police officers.

Belarus’s law-enforcement agencies, Mr. Putin said, “are behaving with restraint” compared with “what going on in some countries.” 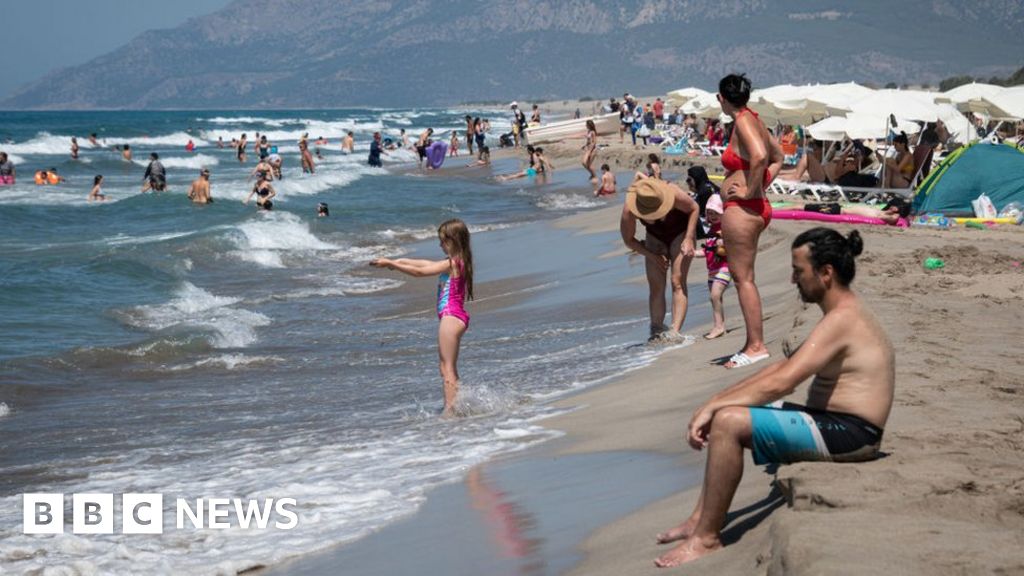 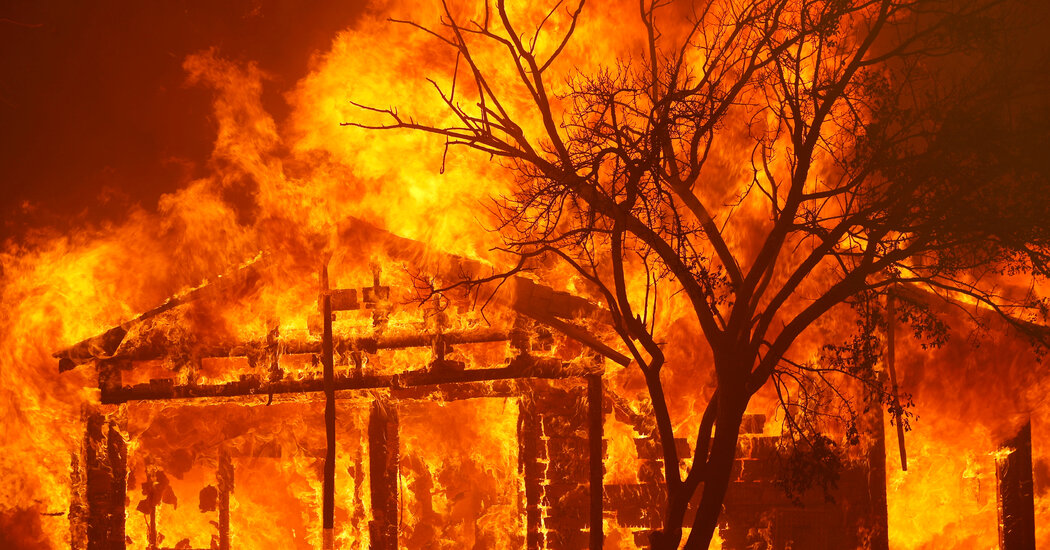 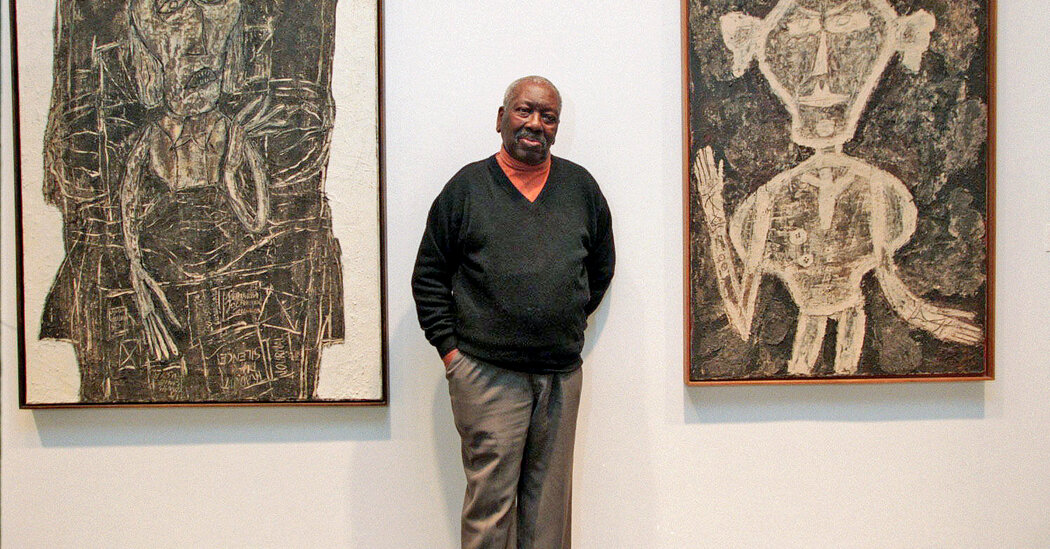