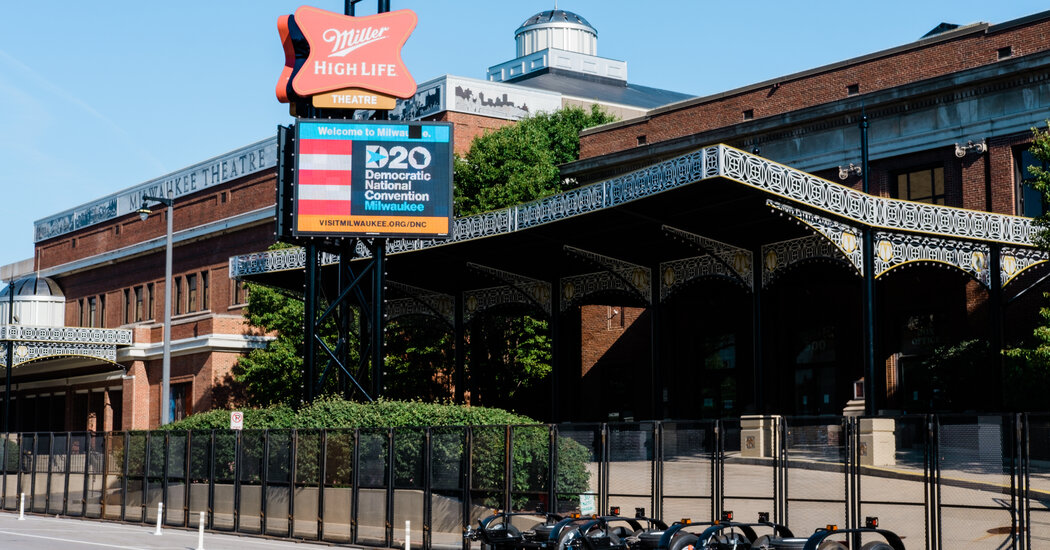 MILWAUKEE — In a year of canceled plans, with vacations, graduations and sports seasons upended by the coronavirus crisis, the stretch of downtown Milwaukee where Democrats were supposed to hold their nominating convention this week was quiet and sparsely populated — another reminder of a summer lost.

Instead of thousands of Democrats preparing to gather at the newly built Fiserv Forum, there was just one street blocked off this weekend near the smaller Wisconsin Center, which will host the last few parts of the Democratic National Convention — including speeches by Wisconsin politicians — that will still take place in this city. There was no signage near the venue marking the occasion. Hotels were closed, restaurants were empty and the bars of America’s most beer-loving city were eerily barren.

“What convention?” said Michaela Jaggi, a 21-year-old who passed by the Wisconsin Center on Saturday afternoon.

She eventually remembered: Joseph R. Biden Jr. was supposed to accept the Democratic nomination for president here this week. And the Democratic Party, shamed for not adequately investing in Wisconsin during the 2016 election, was to showcase its commitment to an all-important Electoral College state.

That was before the virus crisis forced Democrats to transform their convention into a virtual event, in which none of the leading participants will actually appear from Milwaukee.

“I’ve spent all these months in my apartment,” Ms. Jaggi said. “I guess it was cool they were coming here, but it’s responsible they’re not anymore.”

Some realities have not changed: The convention, which begins Monday and ends with a speech from Mr. Biden on Thursday evening, marks the beginning of the formal general election between Mr. Biden and President Trump. Mr. Biden’s running mate, Senator Kamala Harris of California, will have her largest audience yet, in a speech on Wednesday evening. A who’s who of Democratic Party politics will also deliver addresses to the nation — including former President Barack Obama, former first lady Michelle Obama, Senator Bernie Sanders of Vermont and Hillary and Bill Clinton.

Aside from the five major speeches from Mr. Biden, his wife, Jill Biden, Ms. Harris and the Obamas, the average length for remarks will be just two minutes, convention organizers said. Mr. Sanders will have an eight-minute time slot. He plans to speak live from Burlington, Vt., but will pre-record a version in case there are technical difficulties. Mr. Sanders and Ms. Obama are the headline speakers for the opening night.

For Americans watching at home or on their phones, the convention will offer a unique viewing experience — a combination of this April’s National Football League draft, which ping-ponged from city to city, the produced montages of “Saturday Night Live at Home” and a political telethon asking viewers to commit and donate to the Biden campaign.

But the virtual nature of the convention is also a reminder that this is an election season unlike any other. The country, the economy and the campaign trail have all been upended by the coronavirus pandemic, which has killed almost 170,000 Americans. It has also reshaped daily American life and, in the political world, voting priorities and access to the ballot box.

The social and economic damage is particularly clear in Milwaukee, where businesses and residents had poured millions into preparations for the city’s most anticipated event in decades.

For a community that has long suffered from an inferiority complex, winning the convention over cities like Miami and Houston had served to lift Milwaukee’s civic self-esteem. But now it is not hard to find local Democrats depressed about the lost chance to showcase their city for a national audience, and the vanished revenue that would have come from an influx of some 50,000 visitors.

Marc Dulberger, a local businessman who said he poured $30,000 into different ventures in anticipation of the big event this summer, said the combined loss of revenue from professional sports leagues and the convention had been a personal financial disaster.

Mayor Tom Barrett of Milwaukee lamented the loss of an expected $200 million in economic impact and said there was “huge disappointment” that the event was now virtual. Representative Gwen Moore, the longtime Milwaukee Democratic lawmaker, said the combination of the pandemic and the loss of the convention was a “double whammy.”

When Representative Bennie Thompson of Mississippi, the convention’s chairman, gavels in the convention on Monday night, it will represent the culmination of a gradual five-month downsizing, chopped from 24 hours over all to eight hours.

If all goes well, the convention will have the intrigue and excitement of a reality TV contest in which the viewers already know who won. But if things go wrong, technical glitches could make for a very long two hours for convention organizers.

“These last few months, every time I log into Zoom something goes wrong,” Ms. Moore, the Milwaukee lawmaker, said.

The slimmed-down convention will be a mix of live and prerecorded speeches and highly produced visual elements.

There will be a montage featuring the 2020 Democratic presidential candidates, a 30-minute roll call of states (down from more than two hours) and — toughest of all for a political class that enjoys few things more than talking on camera — strict time limits.

Four of the five major speeches will be delivered live, while Ms. Obama has already recorded hers. Mrs. Clinton will address the convention live, her return to the national party she once led. Mr. Clinton’s remarks will be on tape.

The shorter speeches are a consequence of not just the virtual constraints but also the lack of applause. And unlike a typical national political gathering where the action takes place at party breakfasts or in the concourses of the arena, the entire Milwaukee event will be run entirely out of a control room inside the convention center.

“There will be a lot less news,” said Elaine Kamarck, a D.N.C. member who serves as an unofficial party historian. “My immediate worry is that the productions each night of the convention are compelling enough to hold an audience.”

The major broadcast networks plan to carry an hour of the convention live each night, from 10 p.m. to 11 p.m. on the East Coast. Cable news channels will show the two-hour proceedings in full. There will be an official livestream from the party and the event will also be available on news sites, social media sites and streaming services.

There will be no official business conducted in Milwaukee. The voting to nominate Mr. Biden and to approve the platform was conducted over email and completed Saturday. The only dignitaries who will be on site in Milwaukee for the convention are the D.N.C. chairman, Tom Perez, and Wisconsin elected officials who will speak, including Ms. Moore, Mr. Barrett and Gov. Tony Evers.

The most important people at the Wisconsin Center will be the control room operators who will produce the two hours of content each night.

The party’s big donors, traditionally feted with luxury suites, will probably have the most atypical convention. They will be watching at home like everyone else, without their desired access to governors, senators and other top party officials.

Alex Lasry, who led the host committee that raised $40 million and is the son of Marc Lasry, a co-owner of the Milwaukee Bucks, once expected 50,000 visitors to the Fiserv Forum over the course of the event. Now, he said, he’ll watch the convention on one screen and the N.B.A. playoffs on another, as the Bucks begin a postseason run from the league’s quarantined site in Florida.

“I might go in on Thursday to watch from the control room,” he said.

Mayor Barrett said the city expected to be reimbursed by the federal government for the more than $20 million it had spent on convention-related security costs. The city’s Police Department remains on high alert, Mr. Barrett said, for possible protesters outside the convention center, though it remains unclear why they would come without the national media spotlight in town.

With no delegates coming to Milwaukee, state parties have sought creative ways to engage supporters. In Boston, Democrats are building a pop-up drive-in movie theater to show the festivities at the former Suffolk Downs racetrack.

Jim Roosevelt, a convention attendee since 1960, said he had been asked by delegates over the summer how best to experience the convention.

“The first thing I recommend is that people watching at home act as if they are there,” said Mr. Roosevelt, a D.N.C. member from Massachusetts. “Set aside the week as if you were there in Milwaukee and immerse yourself in the electronic participation.”

In recent weeks, there has been an effort from Milwaukee’s business and political leaders to convince the D.N.C. that the city should be given a do-over in 2024.

Gary Witt, who owns venues in downtown Milwaukee that would have hosted concerts and parties, began a campaign in April to rally the city around the idea of pressuring the party to come back.

“For some people in our town, there is a certain amount of shell shock relative to the death by a thousand cuts delivered by the D.N.C.,” said Mr. Witt, who expected $750,000 in revenue from convention-related events. “If the Democratic Party doesn’t believe enough in the idea of bringing hope to a city and now needs it more than ever due to the pandemic, if they don’t feel that’s a good idea, maybe they’ll do it because it can help them win Wisconsin in 2024.”

Mr. Perez said awarding the 2024 convention would be a question left either to Mr. Biden or, if Mr. Trump wins re-election, the next party chairman.

In an attempt to highlight the absence of Democrats, Mr. Trump and other Republicans are holding in-person events in Wisconsin this week — coronavirus be damned. Democrats are hoping voters will reward their caution, and do not conflate a desire to take the virus seriously with a disregard for Wisconsin voters.

As Karan Novak, 65, walked her dog in Milwaukee on Saturday afternoon, she lamented that Wisconsinites are again being bypassed by Democrats, like in 2016. But she also said the risk was too great, citing the outbreak of virus cases in Oklahoma after Mr. Trump’s indoor rally in Tulsa.

“I don’t think they had another choice but to err on the side of caution,” Ms. Novak said, before focusing on a lost opportunity.

“My husband was a huge autograph seeker,” she said. “He had such big plans.” 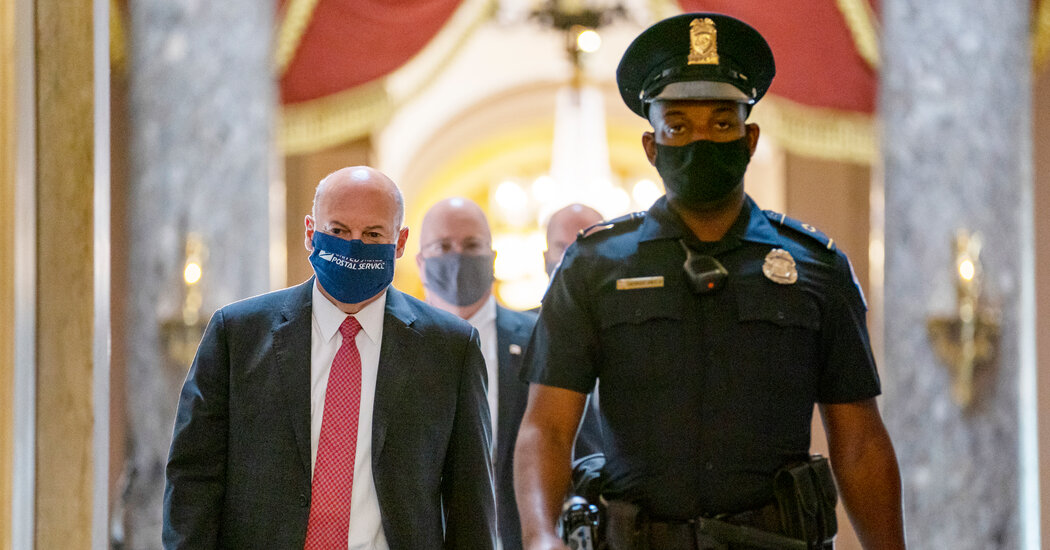 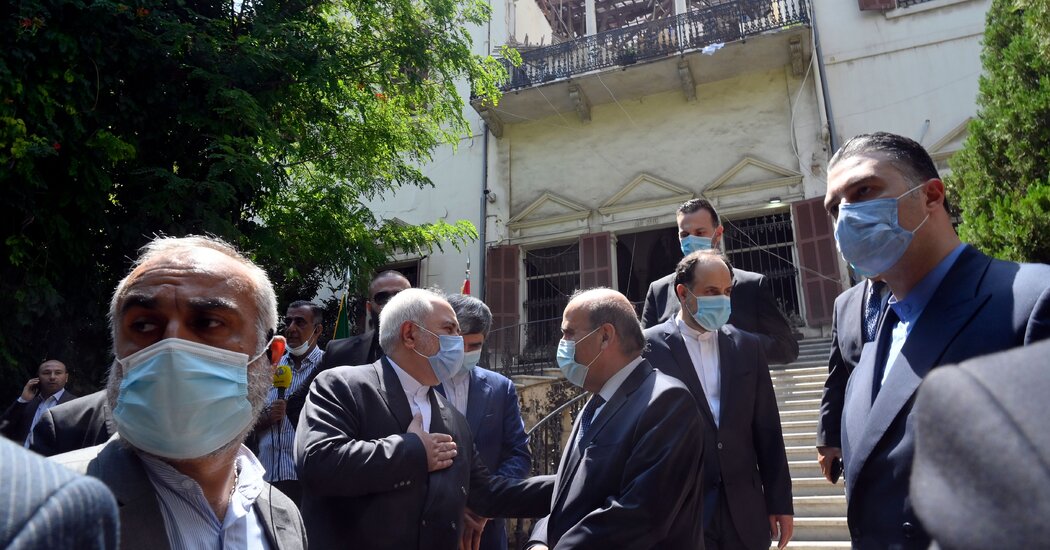 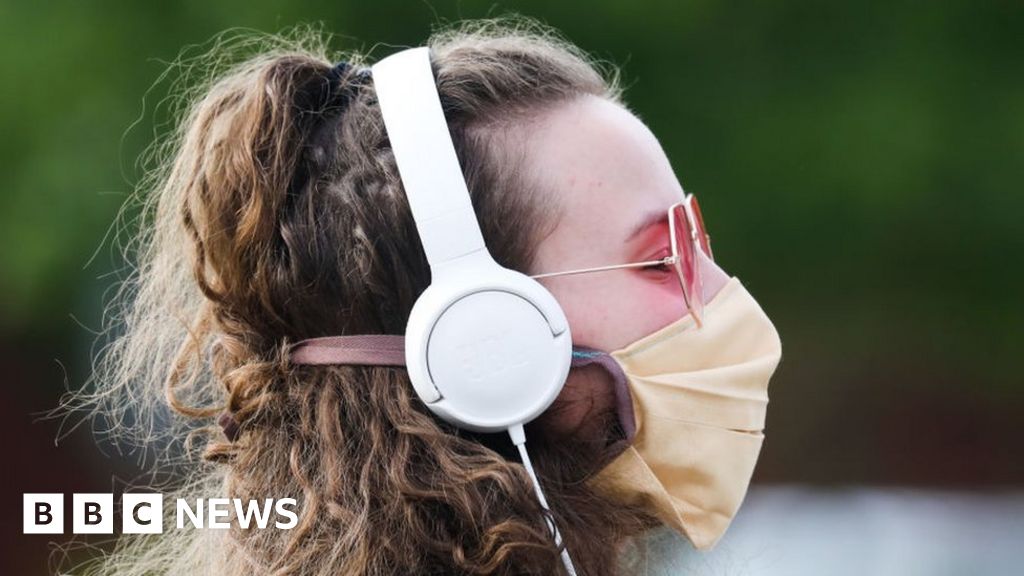