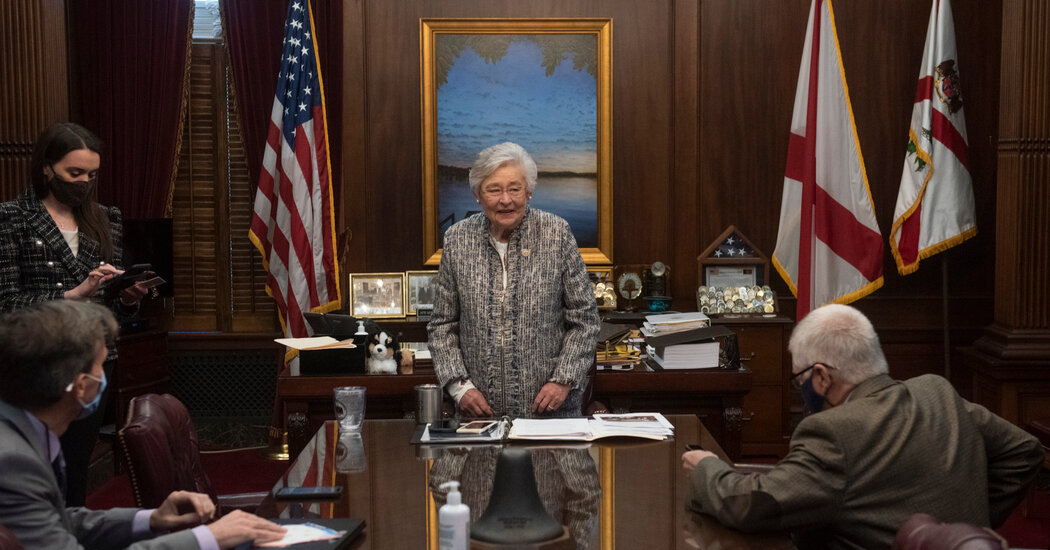 Gov. Kay Ivey of Alabama has proved, in her four years in office, to be a reliably conformist Southern Republican, with a record of defending former President Donald J. Trump, the Second Amendment and monuments to the Confederacy.

But this week, Ms. Ivey, a 76-year-old veteran of Southern politics, demonstrated, yet again, that she harbored a pronounced maverick streak when it came to the emotionally charged matter of mask-wearing during the coronavirus pandemic. Bucking pressure from fellow Alabama Republicans, Ms. Ivey declared on Thursday that she would extend the state’s mask mandate until April 9, even as Republican governors in Texas and Mississippi lifted such requirements in the name of personal freedom.

“We need to get past Easter and hopefully allow more Alabamians to get their first shot before we take a step some other states have taken to remove the mask order altogether and lift other restrictions,” Ms. Ivey said at a news conference. “Folks, we are not there yet, but goodness knows we’re getting closer.”

Ms. Ivey’s supporters say the move is rooted in her practical-minded approach to governing, though they also acknowledge that it could create primary vulnerabilities for her if she runs for re-election next year in a profoundly conservative state, particularly since President Biden has amped up the partisanship on the matter, blasting governors of Texas and Mississippi for their “Neanderthal thinking.” But none of this has seemed to faze the governor since she first issued the mask mandate in July.

Ms. Ivey, a septuagenarian and recent lung-cancer survivor, is particularly vulnerable to the ravages of the virus. But she has insisted that her moves are based in a thoughtful, science-based analysis of a pandemic that has claimed more than 10,000 lives in Alabama.

“Now y’all, I’m not trying to be Governor Meemaw as some on social media have called me,” Ms. Ivey said as she extended the order in December. “I’m simply trying to urge you to use the common sense the Good Lord gave each of us to be smart and considerate of others.”

Ms. Ivey’s decision to extend the mask mandate this week comes at a confusing but crucial time in the country; the virus — though far from vanquished — is on the wane, but partisanship is not. Many liberals tend to heed the Biden administration’s warning that mask-wearing remains a crucial way to slow the virus’s spread — a view buttressed by a Centers for Disease Control and Prevention study released on Friday that linked mask-wearing to fewer coronavirus infections and deaths.

Many conservatives, however, have bristled at mask mandates as an onerous government affront. In an interview with Fox Business this week, Gov. Tate Reeves of Mississippi warned that some people wanted to keep mask mandates in place indefinitely. Mr. Reeves said his state was ready to loosen up its mandate, given the plummeting case count there.

But there has not been a uniform rush among Republican governors to rescind their mask rules.

In Arizona on Friday, Gov. Doug Ducey loosened restrictions on restaurants and other gathering places but kept the mask mandate in place. Gov. Jim Justice of West Virginia also said this week that his state’s mandate would remain in effect.

For Ms. Ivey, the pandemic has created some dramatic political flashpoints that persuaded her to take positions unpopular among fellow conservatives, beginning with her original mask mandate in July. It was an important turning point for the governor, who had previously resisted the idea.

It was also a time when Mr. Trump, a popular figure among Alabama Republicans, was mocking the wearing of masks. But the state was in the midst of a summertime spike in new reported cases, and the state’s top health experts were recommending a mandate. In announcing the mandate, the governor seemed to publicly weigh her concerns about big government versus the need to take action.

“You shouldn’t have to be ordered to do what is in your own best interest, and in the best interest of those you know and love,” Ms. Ivey said, according to The Montgomery Advertiser. She added, “Yet, I also know, with all of my heart, that the numbers and the data over the past few weeks are definitely trending in the wrong direction.”

The move earned her praise from both health experts and some Democrats, including Mayor Steven L. Reed of Montgomery. “Governor Ivey has handled this pandemic probably as well as you could given the circumstances and the politics around it,” he said on Friday.

Though Ms. Ivey is a former state treasurer and lieutenant governor, she was viewed as an accidental governor in April 2017, when she was sworn in to replace Robert Bentley, who resigned after being embroiled in a sex scandal.

She became the second female governor of Alabama, after Lurleen Wallace, who served for about a year after her husband, the segregationist George Wallace, was prevented by the State Constitution from running for consecutive terms. (An amendment now allows governors to serve two consecutive terms.)

As a student, Ms. Ivey, who grew up in rural Wilcox County, Ala., campaigned for Ms. Wallace. And until the virus struck, some of her most notable moments sprang from her Old South background.

Ms. Ivey emerged victorious in a competitive 2018 Republican primary powered in part by a TV ad touting a law she had signed that protected Confederate monuments. She cruised to victory in the general election, and scored an early policy win by signing a major infrastructure bill funded by a gas tax increase. But she also made headlines after apologizing for appearing in a racist skit, in which she appeared in blackface, while she was at Auburn University in the 1960s.

Ms. Ivey, like many governors, declared a public health emergency last March as the coronavirus became a pandemic. The scope of the suffering has been severe, with the state notching the tenth-highest per capita death rate in the country.

In May, Ms. Ivey clashed with state lawmakers over control of $1.8 billion in federal coronavirus relief funds. Ms. Ivey, frustrated that the Legislature had moved to control how most of the money was spent, went on the offensive and criticized a legislative “wish list” that earmarked $200 million of the money for the construction of a new Statehouse.

The idea was dropped, and some observers say that Alabama Republicans, who tend to be a boys’ club, learned to respect her.

David Mowery, an Alabama-based political consultant who did some work for Ms. Ivey when she was lieutenant governor, said she had been consistently underestimated because of her gender and her low-key style.

“If you go with Kay Ivey to a meeting of Republican women in the Wiregrass or the Winston County Republican club or whatever, they love her,” he said. “The political class has never shown her that level of love and respect.”

Still, a number of conservative Alabamians on Friday said they opposed the mask mandate. Among them was Brian Johnson, 53, the owner of a feed and seed store in the small city of Robertsdale, near Mobile. Friday was a busy day, and nearly all of the customers walked into the store without a mask.

Ms. Ivey is eligible to run for re-election next year but has not said whether she will do so.

Her mask decision has put her at odds with the Republican-controlled Senate, which passed a resolution asking her to rescind the mandate. Lt. Gov. Will Ainsworth, a Republican, also urged Ms. Ivey to end the mandate, calling it an “overstep that infringes upon the property rights of business owners and the ability of individuals to make their own health decisions.”

All of that makes it unclear whether the disagreement might color next year’s governor’s race. Angi Horn, a Republican strategist and fan of Ms. Ivey, joked that it might be a good sign for Alabama if it did.

“I think that if we end up with a gubernatorial primary in Alabama in which the key issue is masks, then we must have found ourselves in a state that has solved hundreds of other problems,” Ms. Horn said. “And that will be a good day.” 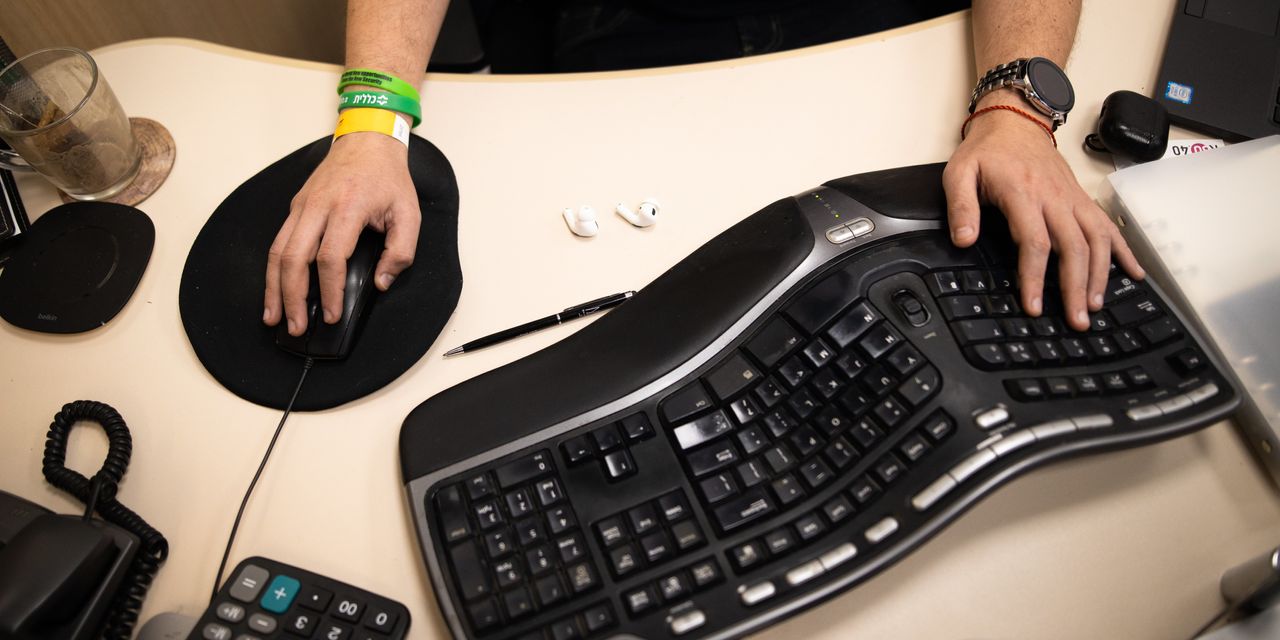 In Covid-19 Battle, Israeli Employers Offer Perks for the Vaccinated 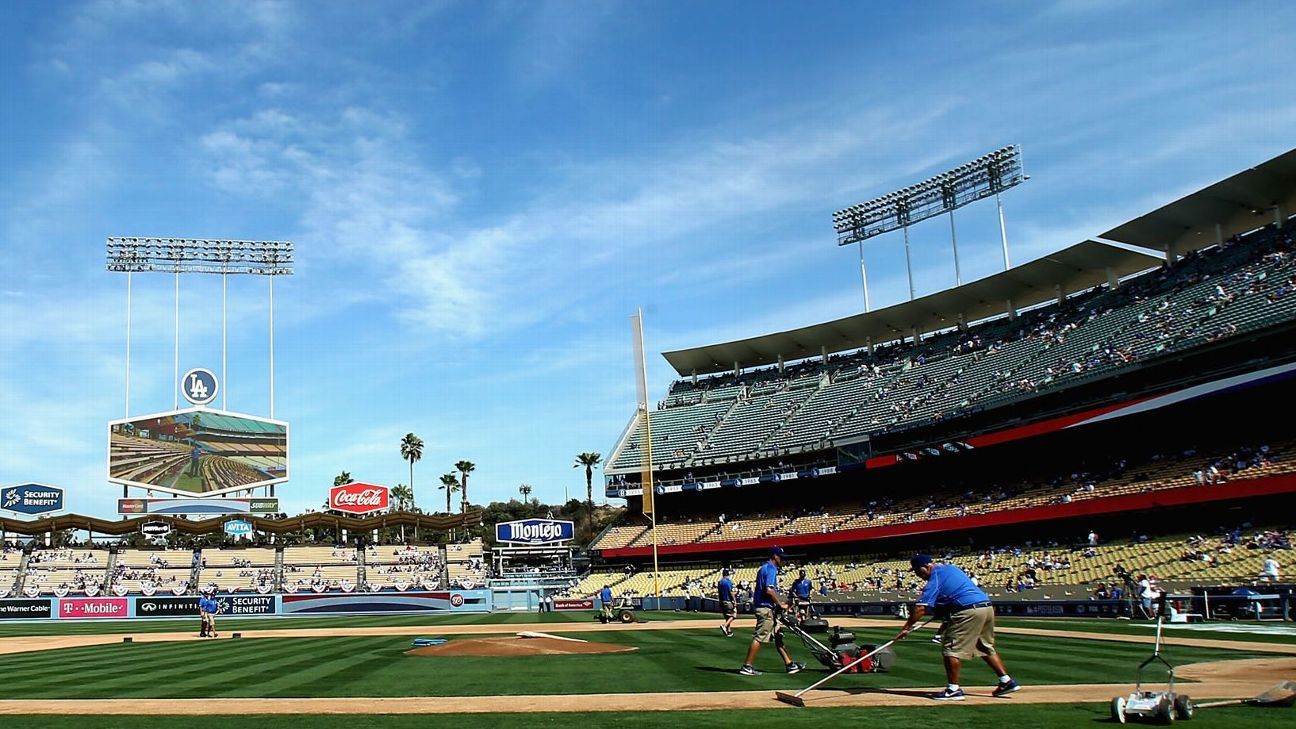 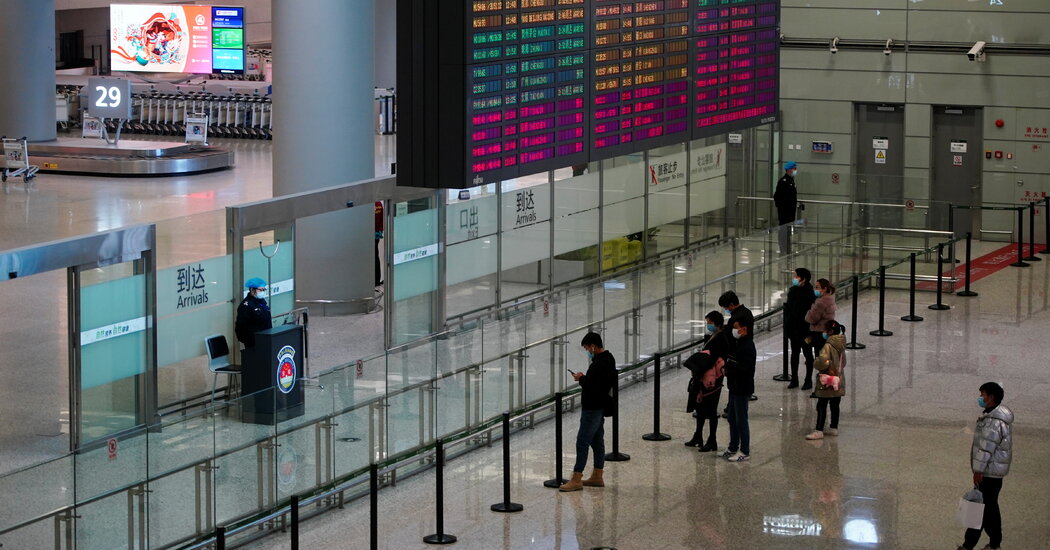 In Covid-19 Battle, Israeli Employers Offer Perks for the Vaccinated

Mar 6, 2021 News Editor
We use cookies to ensure that we give you the best experience on our website. If you continue to use this site we will assume that you are happy with it.Ok