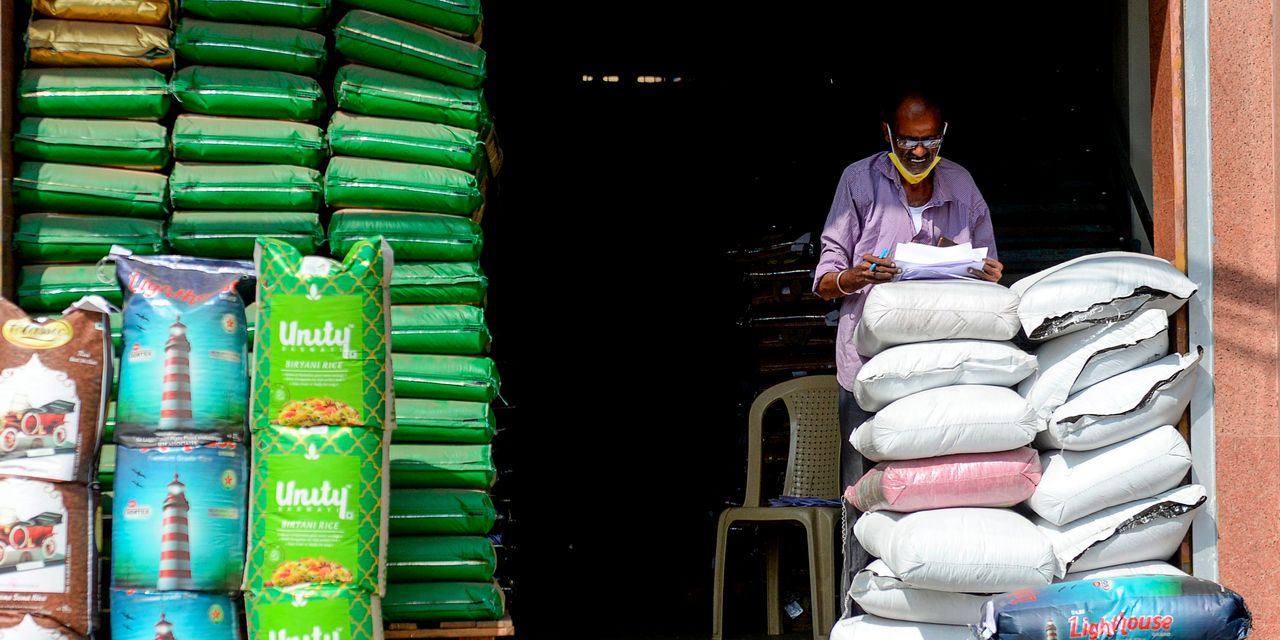 on Monday unveiled ambitious spending plans in the country’s budget for the year starting April. Increased spending on roads, education, hospitals and other infrastructure is necessary to bring the country back to high growth, she said.

“Our government is fully prepared to support and facilitate the economy’s reset,” she said. “This budget provides every opportunity for our economy to raise and capture the pace that it needs.”

Following a deep dive in economic activity and government revenues caused by the coronavirus, the budget basically tosses out New Delhi’s yearslong campaign to reduce its budget deficit.

India started this fiscal year, which ends March 31, with a target of keeping the budget deficit to 3.5% of gross domestic product. It now says that figure will be close to 9.5%, and next year’s figure will be 6.8%.

Stocks jumped on the news, with the benchmark Sensex shooting up 5%, as New Delhi’s spending plans were larger than investors had expected.

head of institutional equities at Mumbai brokerage Investec India, said the budget does what it has to do to spark growth. “The concern would have been if the government had shied away from running a fiscal deficit that would have led to a contraction in the economy,” he said.

Few countries have suffered more than India because of Covid-19. More than 10 million of its citizens have been confirmed infected and more than 150,000 killed by the pandemic. Millions of its citizens may have been pushed back below the poverty line, economists say, as a nationwide lockdown and fear have weighed on consumption and production and led to job losses.

Its GDP contracted more than 15% in the six months through September, making it one of the worst-performing major economies for that period.

Some economists have been suggesting India could afford to spend more in these tough times. It has been spending less than most Asian economies on stimulus packages—less than 5% of GDP compared with more than 10% in richer countries including Thailand and Japan, according to calculations by HSBC Global Research—to get its economy back on track.

On Monday, New Delhi said it was planning to boost spending on health care, a move economists say would bring much-needed investment into the economy as well as help ease the fear about the deadly virus, which has been weighing on spending and investment for close to a year.

The budget outlined plans for India to more than double its spending on health and well-being to around $31 billion. Around $5 billion of that is earmarked for getting as many people as possible inoculated in a nationwide vaccination drive, which started this month and has already reached more than three million Indians.

India has also been trying to improve the way it manages the economy and loosen restrictions on doing business in hopes of triggering more investment. In one of its more controversial moves, it passed some farming laws, which have eased government control of agricultural markets. The farm laws triggered protests that turned violent last week.

Monday’s budget included some new reforms including allowing foreign firms to own as much as 74% in insurance companies in India. The previous ceiling was 49%.

The latest economic indicators suggest India might at last be gaining momentum in recent months. New Delhi predicts that GDP for the full year through March will be down 7.7% but will surge in the following year, with the help of government spending, to more than 11%.

If India’s economy—the fifth largest in the world—rises that much in the coming year, it will be its highest growth ever and outpace even China, which the IMF predicts will see its economy expand 8.1% this year.

With a nationwide vaccination drive under way, India is switching its focus from just saving lives and keeping the virus from spreading to returning to the high growth the country needs to improve the lives of its more than 1.3 billion citizens.

“Our priority then was to save each and every life,” Prime Minister

said last week, referring to the lockdown that throttled growth. “Now each and every person of India is committed to the progress of the country.”

—Vibhuti Agarwal contributed to this article.

Write to Eric Bellman at eric.bellman@wsj.com 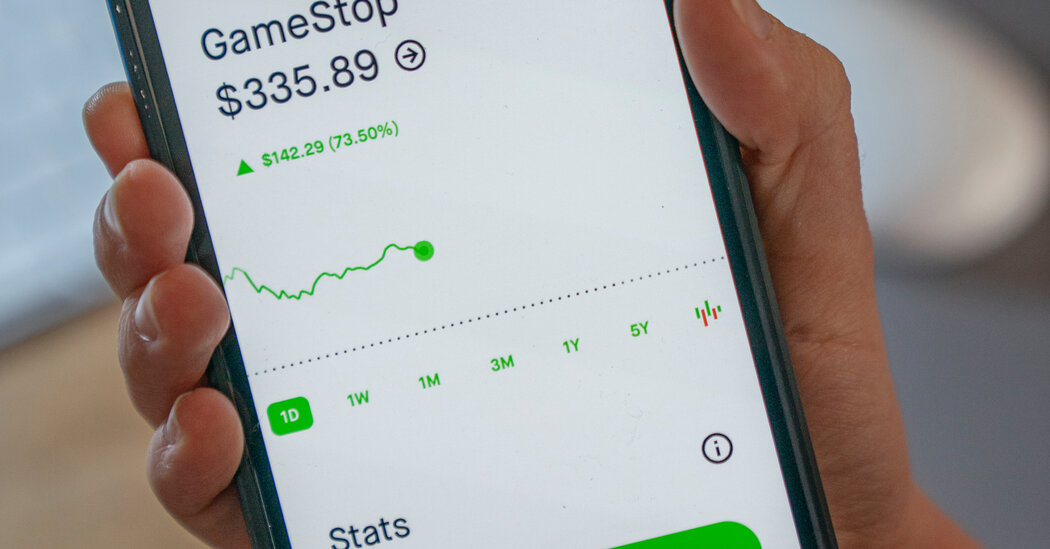 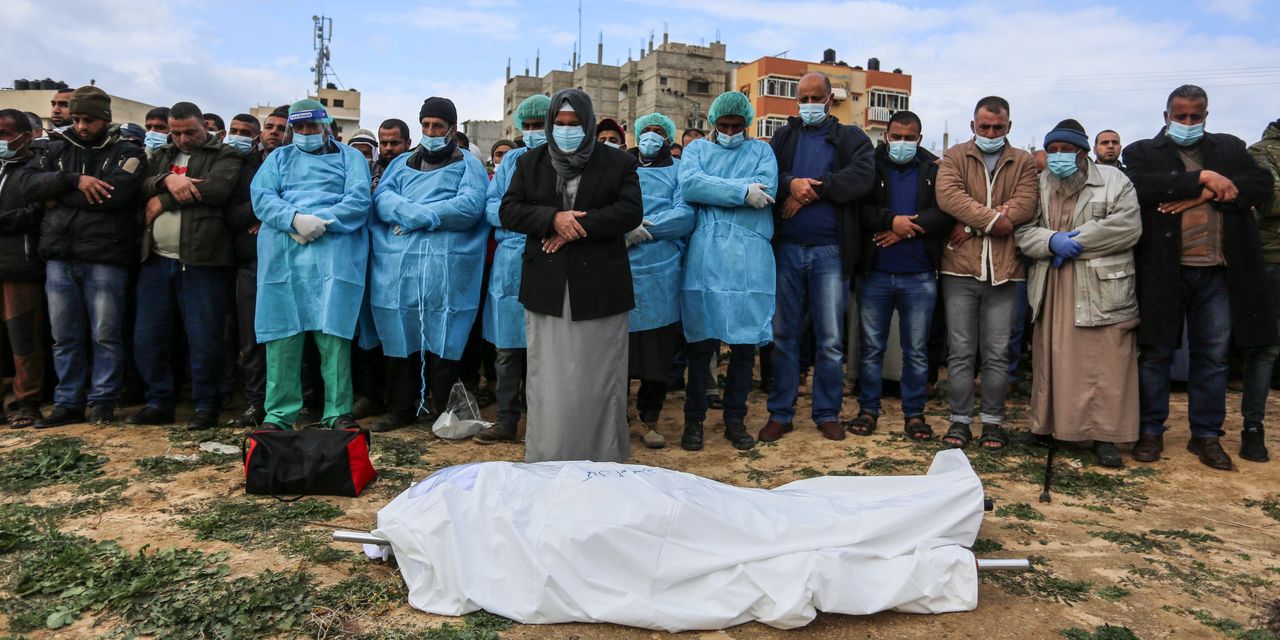