‘A Place Where Everybody Can Shop’ Is Closing Its Doors

‘A Place Where Everybody Can Shop’ Is Closing Its Doors 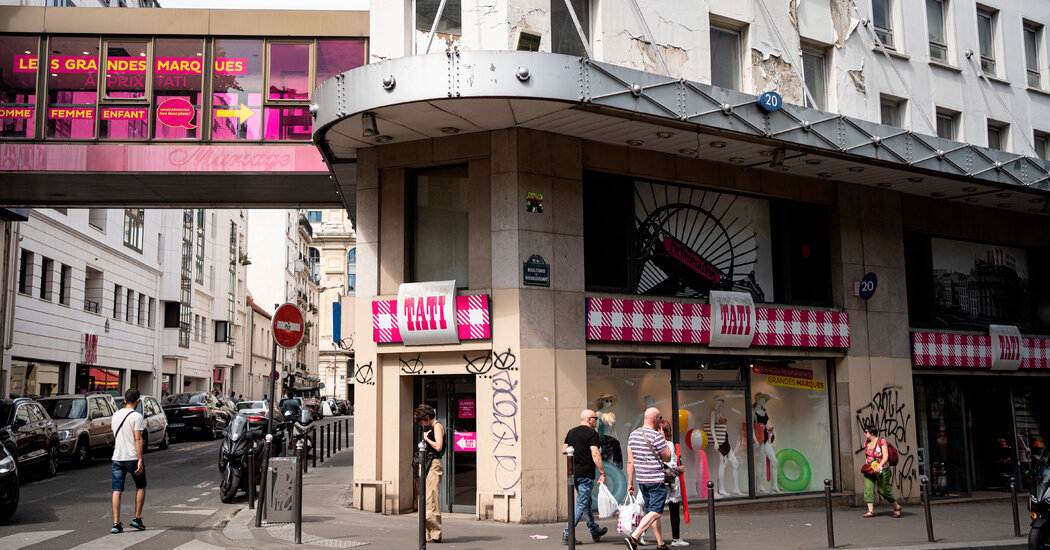 PARIS — Tati is a ghost of what it once was, and soon it won’t even be that. Shelves that were crammed with dish-scrubbers and brassieres for $1.50 and plaster figurines of smiling bunnies are now bare. Exits are still numbered — how else to find your way out through the crowds — but the aisles are empty. There are no crowds.

It’s as though the discount department store, a once-thronged wonder of Paris more visited than the Eiffel Tower, is willing itself out of existence, fading like a Cheshire cat’s smile back into the hinterlands on both sides of the Mediterranean where many of its famous pink gingham shopping bags ended up. The official end, in any case, is not far-off for Tati, which revolutionized postwar shopping in France and stamped its identity on the entire vibrant neighborhood of Barbès, on the edge of Montmartre.

Tati is a victim of Covid-19, its latest owners say, and sharply declining sales. But the trends that have killed it go back much further.

The great bales of 50-cent stockings and dollar underwear that once crowded the sidewalks in front of the store, on the Boulevard de Rochechouart, are no longer enough. Bargain-basement shoppers have long since had more socially enhancing options among the international chains.

“Bring me your little thieves!” Tati’s founder, Jules Ouaki, a Jewish immigrant from Tunisia who had fought for the Free French in World War II, used to tell the press, a sly nod to both his humble clientele and the raffish immigrant district of Barbès that he transformed. Both made him rich. His success was once studied in French business schools.

The vicissitudes of the Ouaki family — the bankruptcies, the failed ventures into high fashion by Mr. Ouaki’s son, his rock bands, horses and coauthorship of a book with the Dalai Lama — were covered over the years by the French media like episodes of “Dallas.”

Now Tati, named by Jules Ouaki after his Tunisian mother, is losing money fast. The last Tati store in France, the Barbès flagship, will be gone by the end of the year. But despite its problems, it still fills a niche and will be missed.

“Even people on the dole could shop here,” said Alger Djemila, clutching the vaunted gingham as she emerged one day last week from the annex off Boulevard de Rochechouart.

“Equality, for everybody,” said her friend Moana Ndjassiri, who works in an Air France lounge at the airport. “This is a place where everybody can shop. You never leave with your hands empty.”

So infused is Barbès with the spirit of Tati that residents and the few shoppers left have trouble imagining the neighborhood without it, after over 70 years of fruitful coexistence.

“Without Tati, Barbès is dead,” proclaimed Nawel Bahiti, another shopper. “When Tati closes, the whole neighborhood will shut down,” insisted Bernard Le Huerou, a retiree who had ridden up on his bike.

These are exaggerations: This rambunctious mix of Algiers, Dakar and Paris at the foot of tourist-dominated Montmartre is unkillable. But at the very least the neighborhood over which Mr. Ouaki ruled for decades “like a customary prince,” as L’Express put it in a 1980 profile, will be changed, just as he himself changed it.

Newsreels from the 1970s show him beaming over the jostling elbow-to-elbow shoppers, few of them, at that time, immigrants. Now, “the entire neighborhood will be disfigured,” said Odette Osmanovic, a retiree who had come to commiserate at Tati’s doorstep last week with a fellow Barbès resident.

“Thanks to the presence of Tati, Barbès itself, today, seems almost like a brand name,” wrote Emmanuelle Lallement, a University of Paris anthropologist who has closely studied the intimate relationship between the two.

She has focused on how much of what surrounds Tati — the Barbès culture of street vendors hawking foodstuffs and clothing — appears as an extension of the store, and inspired by it.

Even today the first thing you see off the metro, from the elevated platform at Barbès-Rochechouart station, is the giant old “Tati, The Lowest Prices” sign on top of its central seven-story Haussmann-style building, a former cafe transformed by Mr. Ouaki.

The sign dominates the meek towers of Sacré-Coeur church in the near distance, commerce taking precedence over the sacred.

After the war, shopping in France still inhabited a 19th-century world; if you entered a store, you generally had to buy something. Often you had to ring a bell to enter. It was an intimidating experience.

Mr. Ouaki democratized it, reinventing shopping for a postwar generation of French eager to buy but limited in means. He put enormous bales of discount clothing out on the sidewalks of Barbès. The customers were free to rummage through them, feel the merchandise, not even enter the store.

“He got rid of the door, and the window,” Ms. Lallement said.

On the boulevard, Tati extends nearly a full block, incorporating the old bordellos and hotels that Mr. Ouaki gradually bought up, going from the 150 square feet he started with in 1948, to over 9,000 square feet of shopping space by the 1980s.

“He changed it from a nighttime to a daytime district,” said Ms. Lallement, and for his efforts was awarded the Légion d’Honneur, France’s highest civil distinction.

By the early 1980s, Tati was drawing 25 million customers a year and had expanded all over France. Specially chartered buses would come up from the provinces for day shopping trips.

“We had half the population of France that shopped with us,” said Hubert Assous, the former chief executive of Tati, now retired in Israel, who married into the family. “It was complete madness, for sales. When we opened in the provinces, we would be taken by storm.”

When the sons took over after Mr. Ouaki’s death from cancer in 1983, “they didn’t adapt to the times,” Mr. Assous said. “Nothing was anticipated. We were navigating from day to day.”

“No longer cheap but chic,” Fabien Ouaki, Jules Ouaki’s son, insisted was the new mantra for the store. It was a fatal miscalculation, and the company was sold in receivership in 2004.

Subsequent owners failed to invest, said the workers’ union and Mr. Assous. The company that owns the store now, the GPG Group, said sales dropped 60 percent between October and May. “The store must close, for good,” it said in a news release.

When the store closes, 34 people will lose their jobs, a union official said.

For the remaining customers, it is one more unwelcome transformation at a time when too many are afoot. There is a kind of disbelief.

“No, no,” said Sabrina Miloua, a customer toting the gingham. “This is too good here. They sell stuff, you can afford it.”

“We bought all of our dishes here,” she said. “All the clothing for the children.”

“Everything, everything,” her friend, Ms. Bahiti, said. 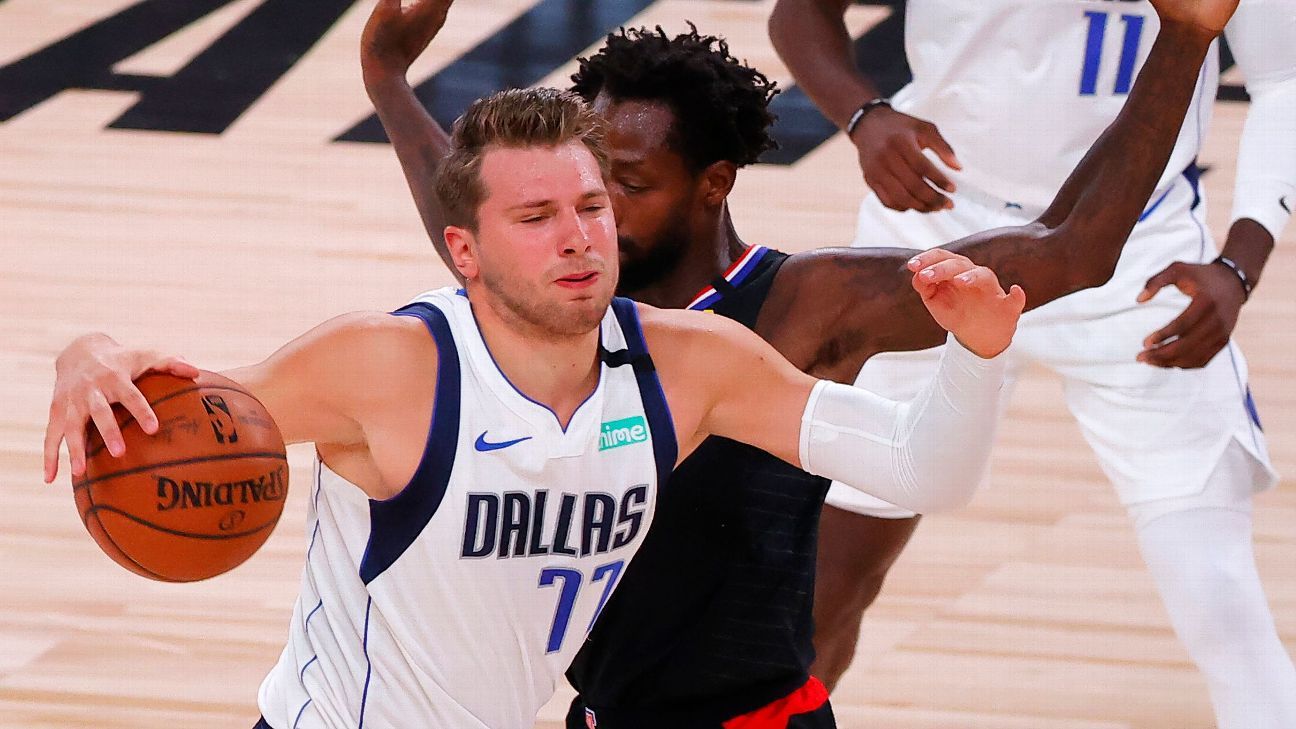 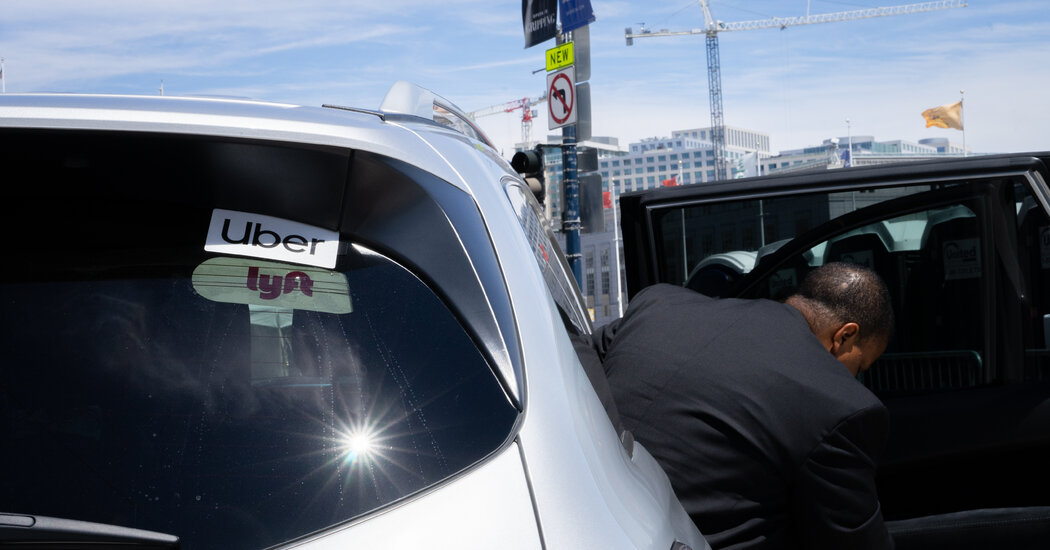 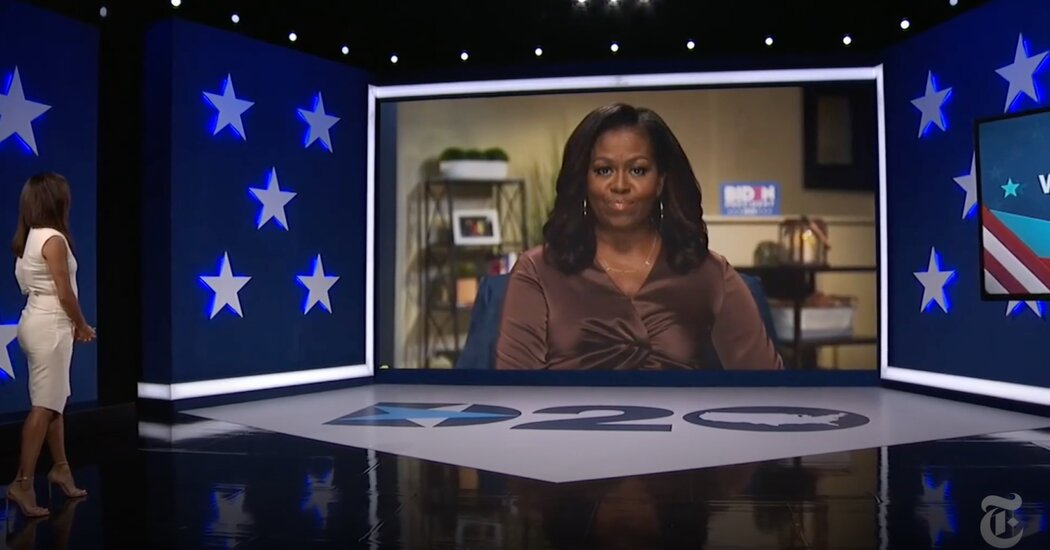 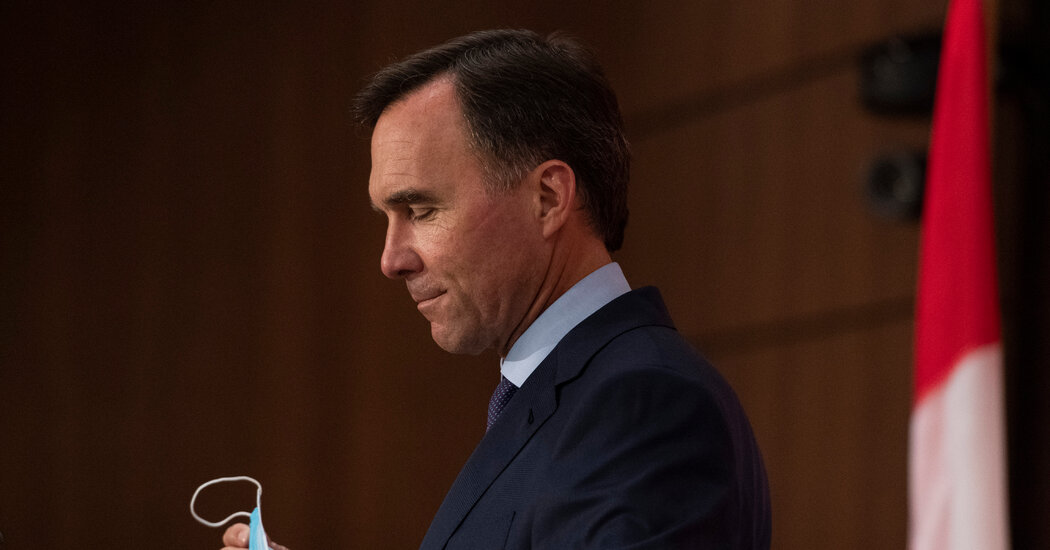